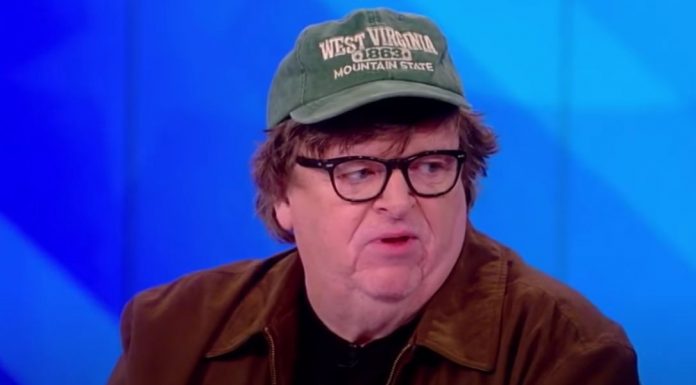 Michael Moore is the poster child for unhinged Hollywood Leftists.

But Moore just dreamed up one movie that will turn your stomach.

Michael Moore is one of the more loathsome figures in Hollywood.

He makes far-left propaganda documentaries about how capitalism is supposedly “evil” and about how Cuban healthcare is glorious.

Meanwhile, Moore is worth $30 million and owns several houses.

It’s galling to no end to hear Moore get filthy rich in America and denounce the system that gave him the opportunity.

Now, Moore is targeting the cops with his disgusting bile.

The shooting of Jacob Blake in Wisconsin sparked another round of deadly rioting and looting, par for the course of the past three months.

Moore fanned the flames and tweeted:

Moore is openly fantasizing about killing cops, which is just grotesque.

Moore claims to be a supporter of blue-collar workers, but only if they’re not actually wearing blue.