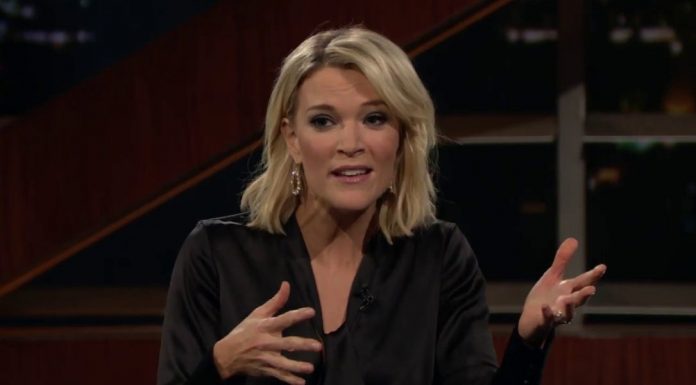 It is a rare occurrence when Bill Maher and Megyn Kelly would agree with each other.

But the stars aligned on a recent airing of Maher’s show.

And the two united to say one thing that will infuriate Black Lives Matter.

Bill Maher is about as far-left as you can get on most issues.

But on many issues, like Islam, he refuses to buy into the Left’s lies.

And as it turns out, he is a strong opponent of the racist anti-white Critical Race Theory.

Critical Race Theory pushes the idea that society as a whole is racist, and that all white people play into it, and are racist by virtue of their skin color.

Schools across the country include this in their curriculum, where they tell white students that they are racist and must atone for their sins.

On a recent airing of his HBO show, Maher brought on Megyn Kelly who revealed that she pulled her kids out of a prestigious private school in New York City because of Critical Race Theory, which involved the school forcing her child in kindergarten to write a letter to the Cleveland Indians demanding they change their “racist” team name.

Maher made clear that he opposed Critical Race Theory, and attacked the fact that those who oppose it are branded as racist.

“It bothers me so much that I have to be on this side of this issue because I’ve always been a civil rights advocate,” Maher began.

“Don’t make me Tucker Carlson. You’re the f***ing nuts. This is insane.”
“There is racist problems in this country but this is hyperbole and this is making people crazy . . . This is not the way we get to the promised land,” Maher added.

“Absolutely not,” Kelly agreed. “It’s divisive. It’s racist and it’s having exactly the opposite effect of the one they intend.”

The Left is becoming so insane that even Bill Maher is publicly speaking out against them.

This makes it clear how big a problem Critical Race Theory has become.

With Joe Biden in the White House, things will only get worse.

He has already canceled the 1776 Commission, which President Trump established in order to give American children a patriotic education that teaches them how great their country truly is.

But the Left wants Americans to be ashamed and especially wants white people to apologize for being born the way they are.