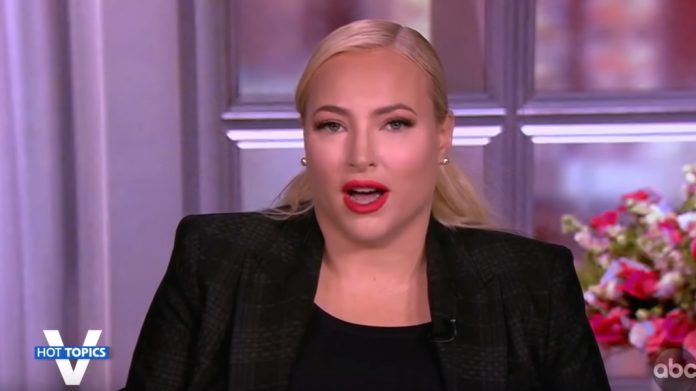 The View has a well-deserved reputation for being a leftist snake pit.

And McCain admitted what everyone already knew about the show.

The harpies at The View are notorious for being mean, both on and off the air.

Actress and comedian Rosie O’Donnell, who isn’t exactly a shrinking violet, left the studio in tears after dealing with the women of The View.

Now Meghan McCain is leaving the show because she was fed up with her co-stars.

“The bosses were informed that the ladies were fed up and did not want to work with Meghan anymore . . . It’s one thing to disagree on-air, but [Meghan] couldn’t abide the backstabbing when the cameras were off.”

If moderate Republican and Never-Trumper Meghan McCain is too spicy for The View, then nobody can sit in that chair other than a stone-cold leftist.

None of her co-hosts will be sad to see her go.

“Everyone was at their wits’ end — even Whoopi, and she’s the chillest of them all . . . Whoopi is never going to advocate for anyone to get fired. She’s not about that, but she was very clear that she no longer wanted to work with Meghan.”

Apparently McCain’s colleagues can’t handle any disagreement at all.

WATCH: The View Melts Down as Meghan McCain and Joy Behar Slug it Out Over Socialism https://t.co/kO7kYPl2bj pic.twitter.com/kjGrHHYPBI

Her role on the show is to be the Republican gadfly, but even that is too much for the leftists on The View.

The show frequently brings on CNN contributor Ana Navarro, the type of Republican The View prefers – i.e. not a Republican at all.

The RINO hasn’t espoused a conservative belief in years.

McCain’s departure means the show is now free to be full-on Democrat propaganda without anyone offering any pushback at all.

This is the type of media bias conservatives have been talking about for years.

Shows will have a token Republican, but even that is a bridge too far these days.

Democrats desire no deviation at all from the establishment narrative.

McCain lasted longer in the dissident role longer than Abby Huntsman, who left in under two years.