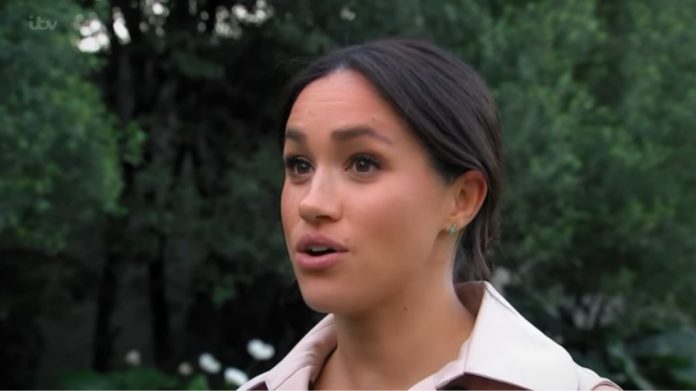 Nationwide protests over the murder of George Floyd continue across the country.

Hollywood celebrities have gotten in on the act.

And Meghan Markle made one baffling statement about the nationwide protests.

Rioting and looting befell both shopping districts and mom-and-pop shops.

Thankfully, most of the violence has stopped, but the radical Left is just getting started.

They’re now attempting to weaponize the death of Floyd to cram through long-held policy goals, such as defunding the police.

And actress Meghan Markle, who walked away from the British Royal Family with Prince Harry, issued a statement on the protests that made no sense at all.

In a direct address on camera to her followers, Markle said, “I wasn’t sure what I could say to you. I wanted to say the right thing and I was really nervous that I wouldn’t or it would get picked apart and I realized the only wrong thing to say is to say nothing because George Floyd’s life mattered.”

The problem with that statement is that saying the wrong thing will absolutely get someone “canceled” by the cultural mandarins of the Left.

For example, New Orleans Saints quarterback Drew Brees said he did not support kneeling for the National Anthem or disrespecting the flag, and he got pilloried by the entire sports world, including his own teammates.

Leftists have created a binary where “silence is violence,” but refusing to toe the line of wokeness will get you canceled.

And it’s only getting worse.

Multiple celebrities have had to bend the knee and grovel for their jobs back.

The bigger problem is that it’s now spread to people outside of the entertainment industry.

Leftists are attempting to build an end-run around the First Amendment by strong-arming businesses into punishing people for “wrongthink.”

Markle and other celebrities are dutifully using their platforms to enforce this pall of silence, which is slowly becoming a form of head-counting; leftists are checking the temperature to see if they have the numbers to shove their agenda down people’s throats.

The only way the problem gets fixed is if people stop apologizing to the mob when they didn’t do anything wrong.

Are celebrities like Markle wrong for pressuring people into speaking up and saying things they don’t believe?