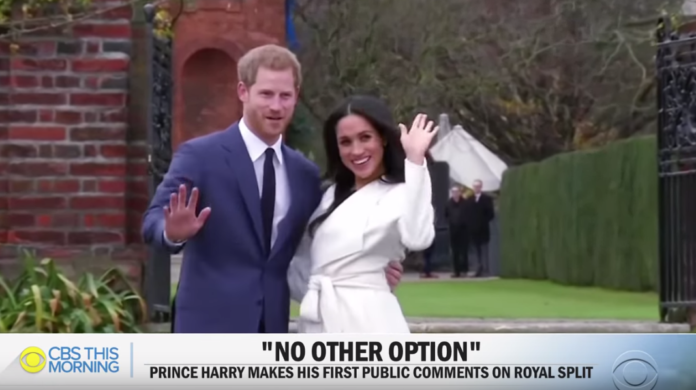 Prince Harry and Meghan Markle have had a rocky relationship with the Royal Family.

The two made waves when they publicly split from the family and ventured across the pond.

And now Markle just dropped a bombshell about the British Royal Family.

Prince Harry’s marriage to actress Meghan Markle seemed to be the start of a rift between the couple and the rest of the family.

Harry’s relationship with brother William became strained, and Harry and Meghan eventually announced their departure from the family.

However, Markle revealed that her connection to the Royal Family might’ve been doomed from the start.

A close friend of Markle’s told Royal Family expert Kate Nicholl that Markle believed she was being sabotaged from the beginning.

“She was convinced there was a conspiracy against her and so she basically put herself in isolation when they moved to Frogmore [Cottage],” the source said.

A recent report revealed that Harry and Meghan had planned to be “international royals” all along, so it’s no surprise that tensions could’ve been present early.

“I think she felt like an outsider from the start. This wasn’t the life she was used to and she wanted out.”

A separate source said that Meghan was growing weary of various royal duties she had to undertake as the Duchess of Sussex.

This latest bombshell revelation provides further proof that there was indeed bad blood behind the scenes.

It’s still unclear who initiated the drama, but Markle’s estranged father blames his daughter for the split from the family and the deterioration of those relationships.

Harry and Meghan’s plans to become international royals has hit a speed bump.

They supposedly said they wouldn’t move to the United States until Donald Trump was out of office, but they quickly backtracked and moved to Markle’s native Los Angeles.

Since the move, there have been reports that Harry feels shiftless and isolated without the structure and kinship of his family.

He recently missed out on a family hunting trip after he sold his costly custom-made rifles, allegedly to appease Meghan.

Harry and Meghan are thousands of miles away from the Royal Family, but family drama continues to follow them.

Did someone close to the family sabotage Meghan, or did she alienate herself?