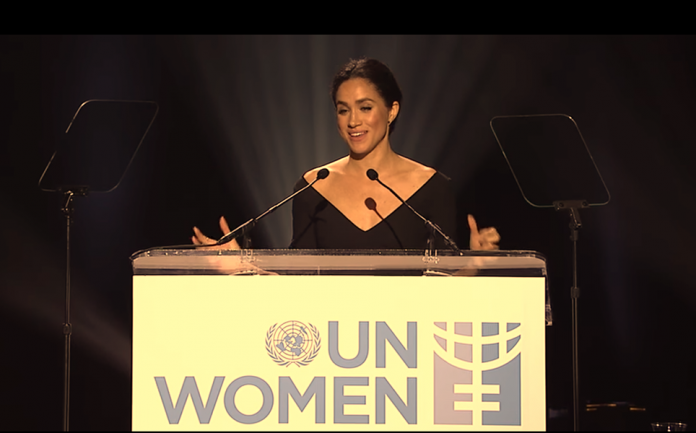 Meghan Markle’s influence in the Royal Family may be one of the most disturbing developments in recent history for Britain.

And things just got much worse.

Now Meghan Markle that is using the Royal Family’s name to do something disgraceful.

It’s no secret that any member of the Royal Family is given instant fame and notoriety.

Typically, the members of the family will use this fame to advocate for certain causes and conduct themselves with dignity in public.

That is not the case with Meghan Markle.

Since the couple’s announcement that they are leaving the Royal Family and potentially moving to either Canada or the United States, Meghan Markle has been in the spotlight.

And now we’ve learned why she is forcing Prince Harry to leave Britain.

Netflix is working on striking a deal with the couple that would make them millions of dollars.

Meghan Markle is attempting to use her recently acquired fame to cash in on the entire situation.

She has already begun working for Disney as a voiceover actress and appears to be working other deals through her husband, Prince Harry.

According to Breitbart, “A video on social media even appeared to show Harry highlighting his wife’s talents and interest to Disney CEO Robert Iger during the European premiere of The Lion King in July.

“You do know she does voiceovers?” Harry is heard saying. “I did not know that,” Iger replied, to which Harry responded: “You seem surprised. She’s really interested.”

It appears that the couple fully intends to make the most out of their public move to leave the Royal Family and simply become Hollywood celebrities.

Are Prince Harry and Megan Markle abusing the Royal Family’s name to get rich and famous in Hollywood?