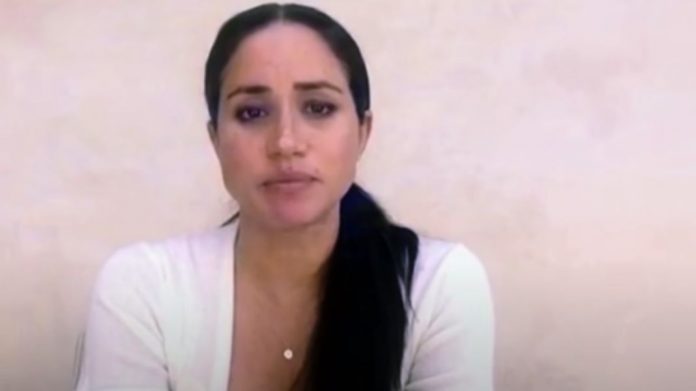 Many have speculated as to why Meghan Markle kept her U.S. citizenship after marrying into the British Royal Family.

Some thought it was a sign that she was never fully committed to the Royal Family.

But Meghan Markle has her eyes set on political power in the U.S. and you won’t believe what office she wants to run for.

It was a shock to many when Meghan Markle kept her U.S. citizenship.

Many expected Markle to renounce her U.S. citizenship to show her commitment to marriage into the British Royal Family.

But it became very clear that she was not committed to the Royal Family as she pulled Prince Harry away to live in California.

And now a close friend to Markle’s gives a reason why she kept her U.S. citizenship.

According to Vanity Fair, a close friend to Meghan Markle claims that Markle didn’t give up her citizenship so “she had the option to go into politics.”

The close friend continued, “I think if Meghan and Harry ever gave up their titles she would seriously consider running for president.”

Markle’s close friend isn’t the only one making such a claim.

Even Markle’s biographer, Omid Scobie, claims, “She has her eyes set on the U.S. presidency. Meghan is the embodiment of the American dream. One day we may see Meghan become president.”

Meghan Markle for President of the United States?

It seems far-fetched, but she has already been vocal about politics for years.

Back in 2016 she publicly went after Trump by claiming he is “misogynistic, and so vocal about it.”

And over the past several months, Markle has been involved in numerous left-leaning Get Out the Vote drives.

Only time will tell to see if Meghan Markle decides to push her Leftist agenda on Americans by running for President of the United States.