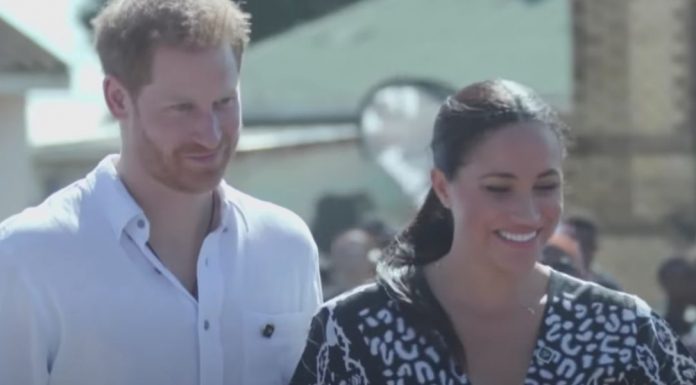 No two people have captured more celebrity gossip news so far this year than Meghan Markle and Prince Harry.

But since they left the Royal family they have been lost trying to find something new to mooch off of.

Now Meghan Markle and Prince Harry just got a new gig that has to be a new low for the once Royal couple.

It’s been a really rough year for the British Royal Family.

Not only did they lose their patriarch in Prince Phillip earlier this month but they also got dragged through the mud by Meghan and Harry in a supposedly “tell all” interview with Oprah.

Everything from calls of racism and hatred towards Meghan spewed out of the couples mouth against the Royal Family.

But since they left the Royal Family last year, nothing else has really stuck for them in making money.

Well, now they might finally have a gig to make some money to sustain themselves.

According to the leftist organization, Global Citizens, Meghan and Harry will be “campaign chairs” for their upcoming televised concert.

On May 8, the Global Citizens concert is supposed to air on ABC, CBS, and FOX with musicians like Selena Gomaz, Jennifer Lopez, and the Foo Fighters headlining the event.

#VaxLive is almost here! On May 8, join us, @SelenaGomez, Prince Harry and Meghan, Duke and Duchess of Sussex, @JLo, @FooFighters, and more for a show with big names and an even bigger message: everyone, everywhere deserves access to a COVID-19 vaccine. https://t.co/LQH1HGdvme pic.twitter.com/2RhLrkwvmW

The concert’s main purpose is to encourage vaccine usage worldwide.

And Meghan and Harry will be leading the charge trying to raise twenty-two billion dollars for the push to get people vaccinated around the world.

They won’t be only political figures involved with the concert.

President Joe Biden is expected to be dragged out of his afternoon nap time to make a push with Vice President Harris to encourage Americans to get the shot.