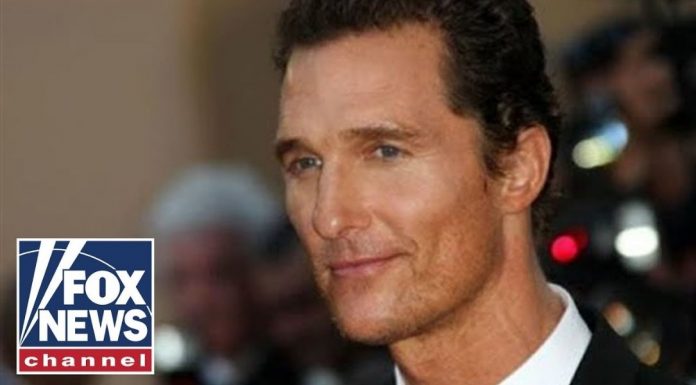 Nearly every vocal Hollywood elitist is a raging leftist.

But that’s not the case for Matthew McConaughey.

And Matthew McConaughey hinted at running for this political position and people are in shock.

If President Trump has made one thing clear over the past several years, it’s that nearly every Hollywood elitist is a raging leftist.

It’s been non-stop attacks and insults from actors and actresses on President Trump and his supporters.

You couldn’t get through the past four years without some B-list Hollywood actor viciously attacking President Trump online.

But famous actor, Matthew McConaughey isn’t known for attacking Trump or supporting the vast majority of the radical Left’s agenda.

In fact, McConaughey has been critical of the rise of “cancel culture” that we have seen stem out of Hollywood over the past several years.

McConaughey has claimed, “Right now we are invalidating people, illegitimizing people . . . because of an affiliation they may have or a picture that they may have of them shaking a dog on a hand with somebody we don’t agree with politically or denominationally,” McConaughey said, adding, “a lot of that is going too far.”

And now centrist Matthew McConaughey has hinted at running for political office.

While on The Hugh Hewitt Show, McConaughey was asked if he would consider running for Governor of Texas one day.

He responded, “I don’t know. I mean, that wouldn’t be up to me,” the actor responded. “It would be up to the people more than it would me. I would say this. Look, politics seems to be a broken business to me right now. And when politics redefines its purpose, I could be a hell of a lot more interested.”

Mattew McConaughey may not be a full-fledged conservative, but at least he isn’t a raging leftist either.

But if he ran for office one day, it would be interesting to see what party’s nomination he decided to run for.