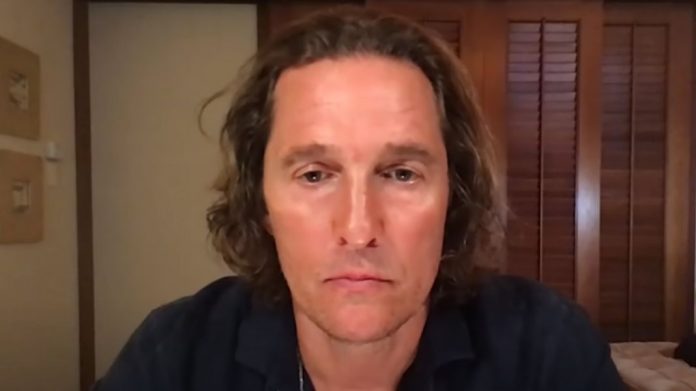 It’s undeniable that Hollywood is hostile to Christians.

And many elitists in Hollywood do whatever they can to target conservatives and Christians.

But Matthew McConaughey destroyed Hollywood over cancel culture and for silencing Christians.

Hollywood has never been welcoming to devout Christians.

And, in recent years, Hollywood has turned from unwelcoming toward Christians to a town that actively attacks people of faith.

Chris Pratt has been vocal in the past about Christian beliefs and attended a church that holds traditional views of marriage.

But once that was made public, Pratt was attacked by many in Hollywood and the Fake News Media for belonging to an “anti-LGBTQ” church.

Matthew McConaughey was being interviewed by Joe Rogan where they discussed the issue of cancel culture and attacks on Christians.

On cancel culture McConaughey said, “We’re making people persona non grata because of something they do that is right now deemed wrong or it’s the hot point in a hot topic right now. You can’t erase someone’s entire existence. Where the heck does some forgiveness go?”

Matthew McConaughey is not only one of Hollywood’s most recognizable actors but is also a devout Christians.

I have had moments where I was on stage receiving an award in front of my peers in Hollywood. And there were people in the crowd that I have prayed with before dinners . . . many times. And when I thank God, I saw some of those people go to clap, but then notice that, ‘This could be a bad thing on my resume,’ and then sit back on their hands. I’ve seen people read the room and go, ‘That wouldn’t bode well for me in the future for getting a job or getting votes or what have you.’ I have seen that, I have witnessed that. I don’t judge them for it.