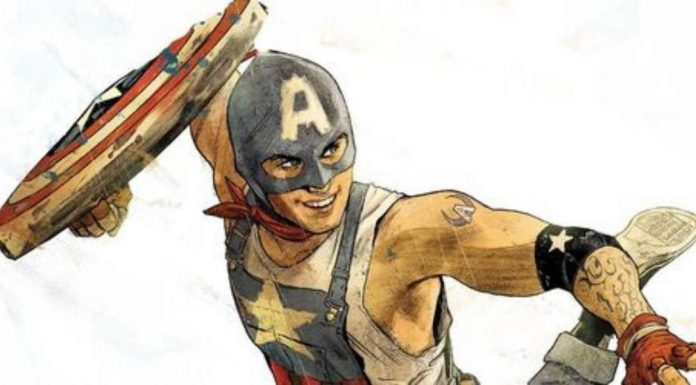 If you grew up an avid comic book fan, or follow the Marvel Cinematic Universe (MCU), you’re probably familiar with Captain America.

But with “woke” culture pervading every aspect of the entertainment industry, Marvel has bowed down to the liberal mob in this shocking way.

Now, Marvel has decided to include an LGBT version of Captain America that has everyone scratching their heads.

Captain America has long stood for using his powers to promote American values throughout the world.

Created in 1941, during a dark time when America was engaged in a brutal war against the world’s most dangerous fascists, Captain America provided Americans a symbol for freedom and American Exceptionalism.

Since the culmination of the Marvel’s Avengers franchise after its capstone cinematic release, Avengers: Endgame in 2019, Marvel’s writers have been working overtime to produce multiple spin-offs for America’s favorite heroes.

And with the death of Captain America in Endgame, these writers have taken full liberty to warp Captain America’s storyline in any way they deem acceptable to their predominantly leftist audience.

GamesRadar.com reports that Marvel is launching a spin-off comic book series titled The United States of Captain America, which follows the paths of local do-gooders who have taken up Captain America’s mantle to protect their local communities from injustice.

“This thought-provoking exploration of Captain America’s impact will kick off with writer Joshua Trujillo and artist Jan Bazaldua and the debut of Aaron Fischer, the Captain America of the Railways… [a] fearless teen who stepped up to protect fellow runaways and the unhoused, Marvel Comics is proud to honor Pride Month with the rise of this new LGBTQ+ hero.”

GamesRadar.com goes on to support Marvel’s woke revision of comic book history by explaining nearly 20-40% of runaways identify as “LGBTQ+,” and that homelessness is disproportionally experienced by marginalized communities of color.

Co-creator Jan Bazaldua, a trans “woman,” is one of the main catalysts behind this severe divorce from traditional comic book lore. So, it’s of little surprise that Hollywood elites would infuse their radical opinions on sexuality and transgenderism into mainstream entertainment.

Despite the statistics, inserting an LGBT hero into the Marvel Cinematic Universe comes off as woke virtue signaling rather than an organic reinterpretation of one of America’s famous and respected heroes.

Don’t be surprised to see more of the Left’s radical agenda inserted into our favorite comics, TV shows, and movies.

Culture Watch News will keep you up-to-date with any developments to this ongoing story.