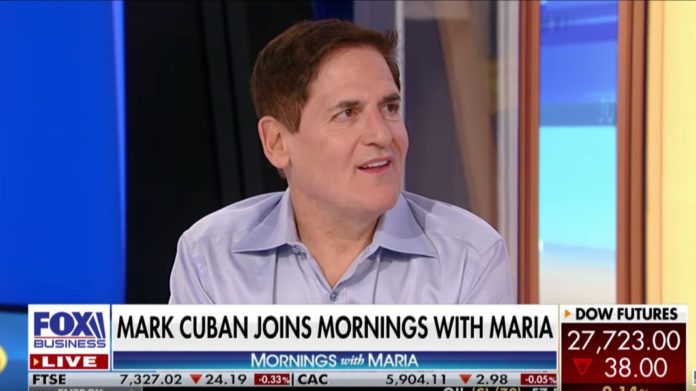 Elizabeth Warren is proving to be a deeply dishonest politician.

Even people on the Left are getting tired of her tap-dancing act.

Elizabeth Warren has a lot to hide.

For decades, she claimed to be Native American, a lie that helped her land a plum teaching position at Harvard.

Warren denies the deception had anything to do with her hiring, but it came in the midst of a controversy where a Harvard professor was pressing the school to hire more minority faculty.

Warren also lied about being fired from a public school teaching position for getting pregnant, but minutes from the school board meeting showed that was completely false.

Now, Warren is trying to hide something else: her net worth.

Warren is hypocritically promising an insane wealth tax that would destroy the economy, and NBA owner Mark Cuban isn’t having any of it.

In a tweet, Mark Cuban exposed her for the upperclass member she is

Cuban tweeted, “The reality for @ewarren is that this is as much to divert attention from her income and net worth as anything else. Other than steyer she is the wealthiest of all the Dem Candidates. By far.”

Cuban noted, “According to her filings she made 900k last year which means her family earns more than 2x the amount needed to be a 1 percenter. She paid 25.5% of that in taxes which is less than the % I paid in taxes (29.85%)”
. . .
Cuban concluded, “Forbes says her net worth is north of $12m. That’s being rich. Filthy rich. I’m sure it’s richer than she ever imagined she would be. Good for her. She earned it. It puts her millions above the threshold for being part of the richest 1 percent by net worth in our country.”

Cuban, and other wealthy individuals, are pushing back against Warren’s insane proposals that are being used to make sure the finger doesn’t get pointed at her.

Warren owns a $2 million mansion in Cambridge, Massachusetts, and taught at Harvard Law.

She is the elite she keeps ragging against with her fake populist rhetoric.

And the truth is, Warren’s confiscatory policies have been tried in Europe to disastrous effect, but she’ll do and say anything to become president.

Do you think Warren is just pandering for votes, or does she really believe in her wild policies?