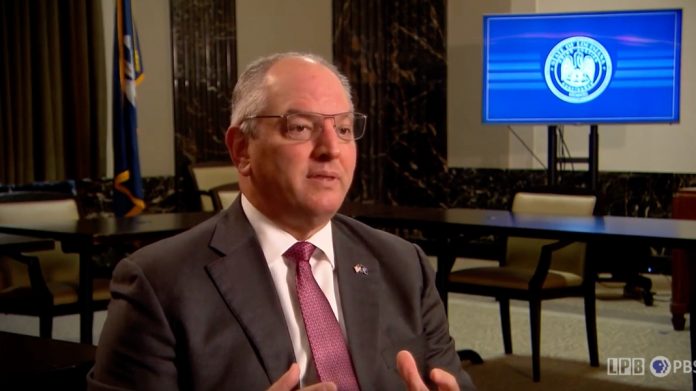 The great State of Louisiana is pretty conservative.

But for some reason Louisiana thought it would be a good idea to elect a so-called “moderate” Democrat.

Well, Louisiana just found out the hard way why you never elect a “moderate” Democrat as Governor.

Few states in the nation are more red than Louisiana.

Just look at the past couple elections.

And in the weird blanket primary that Louisiana holds for their elections, Republicans won both Senate seats in 2020 and 2016 by over twenty percent.

So how in the world did Louisiana end up with a Democrat for a Governor in 2019?

But he just did something that no moderate would never do.

Governor Edwards vetoed a bill that would have barred transgender girls from competing in girls sports at public institutions.

But for some reason Governor Edwards took it upon himself to veto a bill that has overwhelming support throughout the state.

Edwards claimed he vetoed the bill because “[w]e should be looking for more ways to unite rather than divide our citizens. And while there is no issue to be solved by this bill, it does present real problems in that it makes it more likely that NCAA and professional championships, like the 2022 Final Four, would not happen in our state.”

So basically he is putting left-wing elites at the NCAA ahead of his own voter’s concerns.

Republicans in the state hope to override the veto but it has only been done a handful of times in Louisiana’s history.

But this is a prime example of why you never elect a Democrat.

There is no such thing as a “moderate” Democrat.

Democrats in 2021 by their nature are filled with left-wing ideologies that will bite you in the butt when you least expect it.