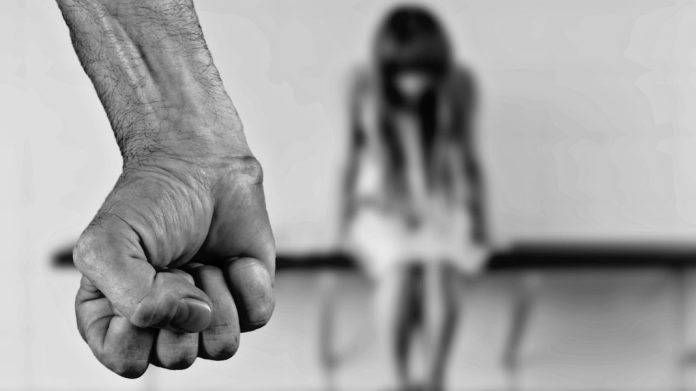 Liberals want to allow men who think they are women into bathrooms with young children.

They claim that nothing bad will come from it.

But now something horrific just happened, and they are doing everything they can to cover it up.

The story they are trying to cover up is the sexual assault of a 10-year-old girl in the United Kingdom.

Katie Dolatowski, who the media is referring to as “she,” is an 18-year-old man who thinks he is a woman.

And recently, he grabbed the face of the 10-year old girl, shoving her into a bathroom stall before demanding she take off her pants or her mother would be killed.

Instead of complying, the brave girl punched the man in the groin and face before running out of the bathroom.

Despite his horrible assault, the man is only receiving a slap on the wrist.

The child’s mother is warning that it could happen again, as the sexually confused attacker is still allowed in public, with no real consequences.

As reported by The Courier:

The woman – who cannot be named to protect the identity of her child – voiced fury that Katie Dolatowski had been freed to serve her sentence in the community.

Dolatowski, 18, sexually assaulted the girl in the toilets of Morrisons, Kirkcaldy.

She grabbed the terrified youngster by the face, shoved her into the cubicle and ordered her to remove her trousers.

But instead of being jailed at Kirkcaldy Sheriff Court, Dolatowski, who identifies as a woman but was believed by her victim’s family to be a man, was given community payback and tagging orders.

The mum felt “very, very let down” and said: “I don’t have any confidence whatsoever that he will not go out and do something equally as bad or worse.”

The left is working overtime to rewrite the facts about sexually confused people.

It is an established fact they are more prone to commit sexual crimes and have mental health problems.

Despite this, the left is working to open the bathrooms and locker rooms to men who say they are women.

Do you support banning transgender biological males from women’s bathrooms?