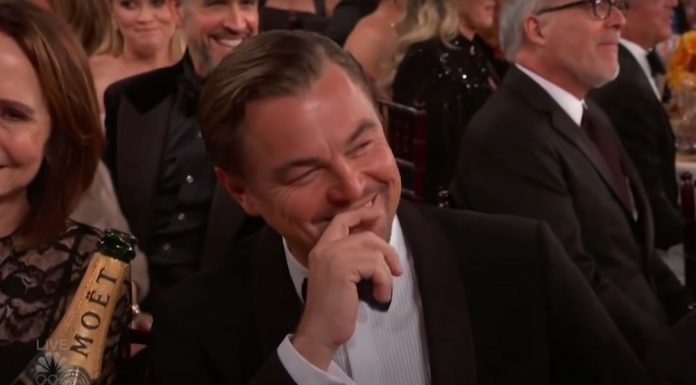 And many of them do the same in other countries.

But Leonardo DiCaprio just got savaged by one world leader he tried to smear.

Hollywood superstar Leonardo DiCaprio is known for being a staunch climate change activist despite traveling around the world on private jets.

And he recently commented on deforestation in the Amazon rainforest.

How extensive is deforestation in Amazonia, one of the most important places on the planet for people & wildlife? According to this map from @mapbiomas, the region has faced an onslaught of illegal deforestation at the hands of extractive industry over the last 3 years. pic.twitter.com/BLxUC3S3z7

While DiCaprio was applauded by environmentalist leftists, one person was none too pleased — Jair Bolsonaro.

The Brazilian President responded, “You again, Leo? This way, you will become my best electoral cable, as we say in Brazil! I could tell you, again, to give up your yacht before lecturing the world, but I know progressives: you want to change the entire world but never yourselves, so I will let you off the hook.”

Bolsonaro is facing re-election in October against leftist former president Luiz Inacio Lula da Silva, the preferred candidate of international leftists like DiCaprio and fellow actor Mark Ruffalo, both of whom have openly endorsed Silva.

Bolsonaro continued, “Between us, it’s weird to see a dude who pretends to love the Planet paying more attention to Brazil than to the fires harming Europe and his own country… One may wonder if you’re obsessed with my country (or its resources) or if you just believe Brazil is the only one on Earth…But don’t worry, Leo, unlike the places you are pretending not to see by brilliantly playing the role of a blind man, Brazil is and will carry on being the nation that most preserves. You can carry on playing with your Hollywood star toys as we do our job.”

Bolsonaro has been a constant target of the Left because of his conservative beliefs.

They’ve continually smeared his administration with allegations of corruption.

And the last time Bolsonaro ran for office, he was stabbed in the street by a deranged leftist.

He continued his broadside against DiCaprio, saying, “It’s clear that everyone who attacks Brazil and its sovereignty for the sake of virtue signaling doesn’t have a clue about the matter. They don’t know, for instance, that we preserve more than 80% of our native vegetation or that we have the cleanest energy among G20 nations. It’s also clear that you don’t know that my government announced a new commitment to eradicate illegal deforestation by 2028, and not by 2030 as most countries. Or maybe you do know that, but for some reason pretend to be ignorant. I hope you [are] not getting [paid] too much for this role.”

There has been much hand-wringing from environmentalists about deforestation, but in reality, the acreage of forests has increased.

An uncomfortable truth for the climate change hysterics is that slightly warmer climates have been good for greenery.

Bolsonaro’s roast concluded with a hilarious dig at Hollywood’s climate mascot Greta Thunberg, whom he derided as “Greta Timberlake” in reference to turn-of-the-millennium boy band star Justin Timberlake of N’Sync.

“If it’s within your reach, we would love to see you stop spreading misinformation. In the recent past, you used a 2003 image to talk about the Amazon wildfires allegedly happening in 2019 and was exposed, but I have forgiven you. So please go and sin no more. By the way, what do you think about the hitting coal market in Europe? And what about Greta Timberlake, do you know what she has been up to lately and what she has to say about it?” Bolsonaro asked concluding “If I was hosting a barbecue in my house, I’m sure she would be yelling ‘How dare you?’”

Bolsonaro’s shots are certain to get under the skin of the Left.