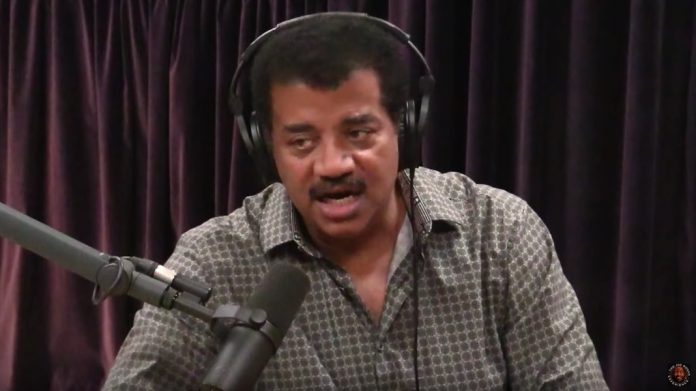 But what he just posted about gun rights and mass shootings will blow you away.

That’s because Tyson just told the truth about mass shootings and liberals are in full meltdown mode.

He hates President Trump and sides with the Left on virtually everything.

Which is why almost no one saw this coming.

Tyson posted something on social media that was a major reality check for every gun-grabbing liberal.

In the past 48hrs, the USA horrifically lost 34 people to mass shootings.

On average, across any 48hrs, we also lose…

Often our emotions respond more to spectacle than to data.

Tyson’s fanbase is made up of thousands of Leftists, celebrities, and gun control advocates.

So when he tweeted that message, his fanbase turned on him immediately.

A complete lack of empathy and an enormous ego. Knowing about stars doesn’t make you a decent human.

The pressure proved too much for Tyson, and he later apologized to placate his rabid, irrational Leftist followers.

But Neil deGrasse Tyson made an excellent point, whether or not the Left wants to admit it.

There are a myriad of other preventable deaths that far exceed gun violence fatalities.

If the Left were truly concerned about human life, they would turn their attention toward those issues.

The reality is that Leftists want to destroy the Second Amendment rather than save lives.

Do you think Neil deGrasse Tyson was wrong?