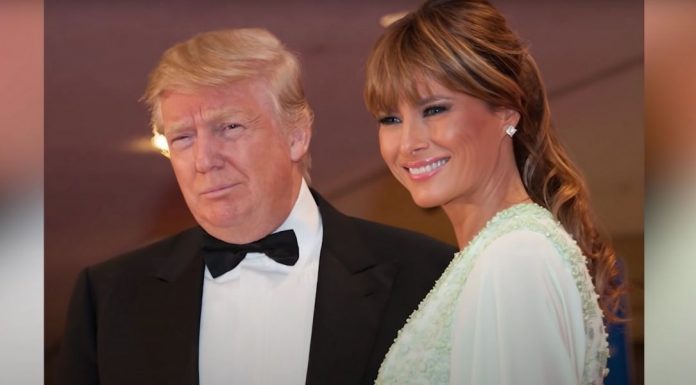 Democrats will torpedo anything to score cheap points with their base.

Because leftists killed this Melania Trump project for one sick reason.

Former First Lady Melania Trump says she can’t even give away money anonymously for one sick reason.

Leftists are shutting down Donald Trump’s wife — and low-income children are suffering thanks to their political fanaticism.

For most of Donald Trump’s tenure as President the American economy was booming with the stock market hitting record highs.

During that time Melania Trump spent her day as First Lady focused on helping children growing up in a difficult age.

“As a mother and as First Lady, it concerns me that in today’s fast-paced and ever-connected world, children can be less prepared to express or manage their emotions and oftentimes turn to forms of destructive or addictive behavior such as bullying, drug addiction or even suicide,” she said back in 2018.

Even after leaving the White House, she’s continued her charity work, but her husband’s enemies are getting in the way at every turn.

Recently a Silicon Valley computer science school refused to accept her money — even as an anonymous gift — to provide scholarships to students at their Oklahoma campus.

It turns out this isn’t the first time her charity has been spurned by people who despise the conservative political sphere the Trumps have come to represent.

She’s also had a corporate partner refuse the opportunity to help during a trip she was making to Africa and she wasn’t even allowed to give Dr. Suess books to a library.

In the case of the books, the leftist librarian even went so far as to boldly chastise the First Lady.

“You may not be aware of this, but Dr Seuss is a bit of a cliche, a tired and worn ambassador for children’s literature,” Librarian Liz Phipps Soeiro said. “Another fact that many people are unaware of is that Dr Seuss’s illustrations are steeped in racist propaganda, caricatures, and harmful stereotypes.”

Trump has also been targeted by vicious attacks from the press claiming that fundraisers she’s been involved in were hosted by illegal organizations when everything was in order.

“Despite my actions, the press continues to publish inaccurate, misleading, and outright incorrect articles about my work. The media has created a narrative whereby I am trying to act in an illegal or unethical manner. That portrayal is simply untrue and adversely affects the children I hope to support.” Trump said in a statement on her website. “Those who attack my initiatives and create the appearance of impropriety are quite literally dream killers. They have canceled the hopes and dreams of children by trying to cancel me.”

Trump’s current efforts are focused on helping children in the foster care system who can use all the support they can get.

But rather than focus on the very real needs of the children, adults around them are using them as political pawns.