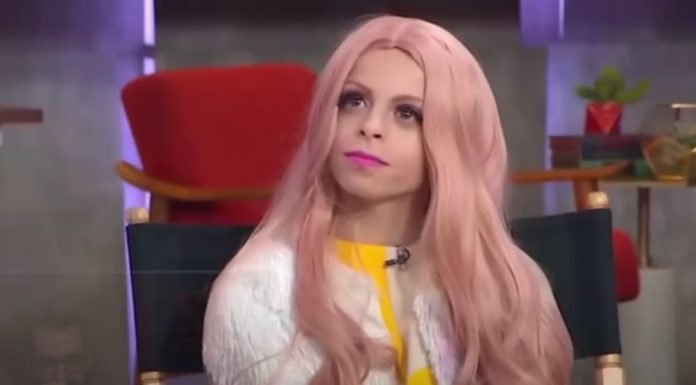 For the past few years blue state refugees have been pouring into Idaho—paying near California housing prices—to escape to a conservative haven.

But that façade of wholesome and healthy conservative communities was shattered this week when residents were confronted with the fact that leftist have taken over part of Idaho.

And you’ll be spluttering in fury when you find out what they’re doing there.

Idaho is known for its gun-toting conservatives, dedicated preppers, and healthy church communities.

But for years there has been a sort of secret society working within the school system and some youth activity groups drawing children and teens into transgender lifestyles.

Young men and women have been known to suddenly disappear from their conservative parents’ lives on their 18th birthday leaving only a note behind.

But now the gender confusion agenda folks are getting in your face with a stunning new event that is being sponsored by prestigious corporations and government entities alike.

And anyone with a shred of common decency is appalled by a new stunt they’re pulling.

Conservatives all over the west coast have been rocked by advertising for “Drag Kids on Stage.”

“You have watched the Queens and Kings and now it is time to see the Kids,” an event flyer reads. “A drag show like no other the Drag Kids range from ages 11-18 and are ready to bring it all to the Boise Pride Festival stage! Come and cheer them on as they bring drag to the younger generation!”

The Values Advocacy Council has identified five Idaho laws they believe might be broken during the event including indecent exposure, lewd conduct with minor children under 16, sexual exploitation of a child by electronic means, sexual abuse of a child under 16 (which includes apparent sexual stimulation or gratification), and ritualized abuse.

Sponsors for the event include everything from major grocery store chains Albertson’s and Fred Meyers to GoGo Squeez and Intuit alongside both of the area’s major Catholic hospital systems, according to a statement by the Idaho Republican Party, showing the event’s flyer.

Taxpayer money is even being funneled into supporting the controversial event with the City of Boise and Central District Health listed as official event sponsors.

Idaho GOP chair Dorothy Moon released a statement saying “I call on all concerned Idahoans—and the lobbying groups that represent many of these out-of-state businesses who seek tax benefits and subsidies from our legislators, including [Idaho Association of Commerce and Industry]—to disavow this attack on Idaho’s children and to invest their sponsorship dollars in the Boise Rescue Mission that serves families, women fleeing abuse, and disadvantaged children. Children should be given the chance to live out a childhood free from violence, hunger, and the sexual appetites of adults.”

One sponsor, Zions Bank, has pulled out of the event, saying it was unaware children would be performing.

But a huge proportion of businesses in the red state area are standing firmly with radical leftists intent on pushing children into a perverse adult world.