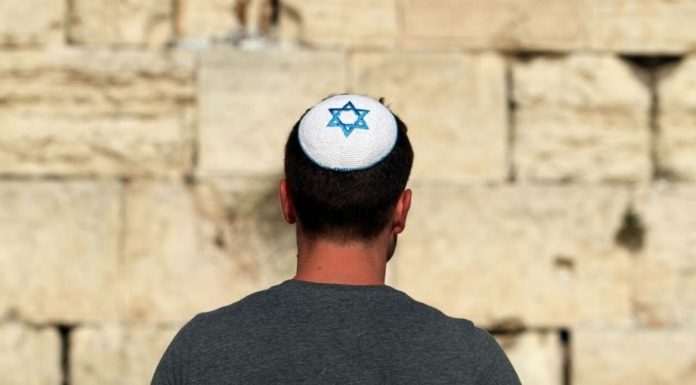 It’s without any doubt that logical thinking isn’t a quality of the Left.

But what makes it worse is just how clueless they really are about the horrible impact their ideology has on our nation.

And now leftists just can’t seem to figure out why their anti-semtic hatred towards Israel would lead to the current rise of anti-Semitism in our nation.

The Left lacks a lot of things that require cognitive ability.

For one, they lack general common sense, which is evident in their radical policies like defunding the police.

Just look at their obsession with taking away guns from law-abiding citizens to stop shootings as they push for lowering sentencing lengths for convicted murderers.

But either by straight idiocy or through lack of self-awareness, the Left’s cluelessness of the results of their radical ideology is just amazing.

And here is a prime example of their unmatched cluelessness.

Leftists fake news outlet Vox recently published an opinion piece about how they are in shock and amazement at the amount of anti-Semitism Jews have faced since the start of the Hamas’ attacks on Israel.

Violent anti-Semitism spiked in America during the Israel-Hamas war. And we don’t know why. https://t.co/6QNoqXj1Z7

Amazed by the great mystery of the rise of anti-Semitism, Zach Beauchamp thought of two possible theories for this perplexing issue.

First, he claimed, “[t]hese attacks appear to be linked to the recent flare-up in fighting between Israel and the Palestinian militant group Hamas. In some cases, the perpetrators waved Palestinian flags or shouted pro-Palestinian slogans.”

But then he thought that maybe anti-Semitic attacks were just being overblown.

Beauchamp wrote, “it [reports] might be overstating the current level of anti-Semitic animus. But the upsurge in anti-Semitic assaults linked to anti-Israel sentiment, in particular, seems new and different, and it is not something that typically happens in the US during fighting between Israel and Hamas.”

The level of cluelessness is just amazing.

What do you think would happen when one of the main pillars of the Left’s foreign policy is just hate for Israel?

Not to mention the rise of support from the Left from politicians like Ilhan Omar who stand with Islamic terrorist groups.

Maybe one day the Left will understand their hateful policies.