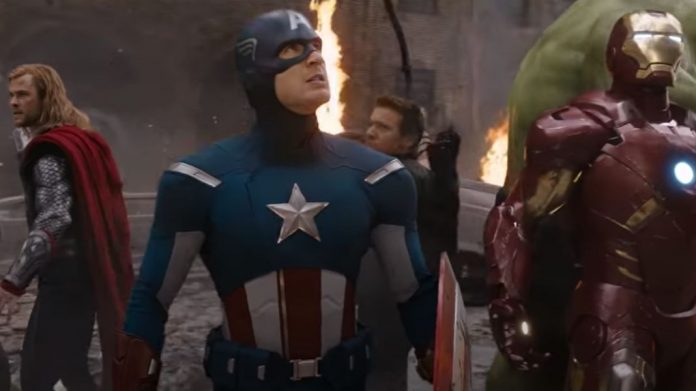 The far-left assault on culture is escalating at breakneck speed.

A small group of loud activists are dictating to the rest of the country what is and isn’t permissible.

Now leftists are trying to cancel superhero movies for an insane reason.

The murder of George Floyd has been expoited by radical leftists who aim to tear apart the country.

Every time these radicals get political leverage, they use it to push the country further to the Left.

Leftists have wanted to abolish the police for decades, and they have enough political capital to advance the ball on this radical agenda.

On the cultural front, they’ve successfully banned shows like Live PD and Cops, and there was even a push to cancel the kids show Paw Patrol.

Even raging anti-police crusader Ice Cube thought that was a bridge too far for the Cultural Revolution.

He tweeted: “My grand baby loves Paw Patrol, this sh*t is going too far.”

But now the cultural terrorists have moved on to the next totem: superhero movies.

Author Eliana Dockterman argued that “cops with capes who enact justice with their powers” are primarily “straight, white men who either function as an extension of a broken U.S. justice system or as vigilantes without any checks on their powers.”

She opened with a hackneyed intersectional critique of superheroes being “straight, white men” who are emblematic of an unjust system.

She continued, “When Batman ignores orders and goes rogue, there’s no oversight committee to assess whether Bruce Wayne’s biases influence who he brings to justice and how.”

This is an example of the contradictory language leftists use.

The same people who want to abolish prisons are eager to throw political dissidents in gulags.

Dockterman argued that superhero movies must “reckon with issues of systemic racism – let alone sexism, homophobia, transphobia and other forms of bigotry.”

According to the Left, everything must be political, even popcorn entertainment that’s largely marketed toward kids.

Dockterman concluded, “If Hollywood is to do better in telling these stories, more creators of color need to be given the reins to tell them.”

But she really only means “woke” creators of color.

A creator who favors the writings of Thomas Sowell over Ta-Nehisi Coates needs not apply.

Will the Left’s attack on superhero films be successful?