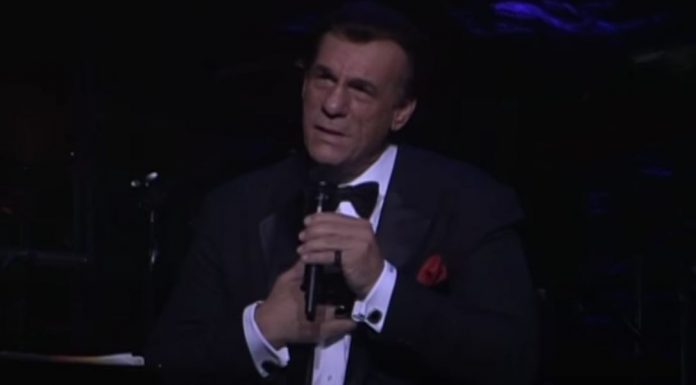 Hollywood is dominated by leftists.

But there are some people in the industry who lean conservative.

And the Left is seething after Hollywood Republicans flexed their strength with this audacious move.

There have always been leftists in Hollywood, but they didn’t always have complete control of the industry.

But over the past several decades, nearly all of the power brokers in Hollywood have become left-wing.

For every Mel Gibson there are fifty left-wingers in the industry.

But there are more conservatives than many would believe.

Another outspoken conservative in Hollywood is actor Robert Davi, who recently directed the film My Son Hunter, which delves into the Hunter Biden “laptop from hell” scandal.

The industry has become so “woke,” the My Son Hunter screening had to take place in secret.

Newsweek reported that “some of Hollywood’s politically conservative insiders — a small group in famously liberal Tinseltown — gathered Wednesday for a secretive invitation-only screening of My Son Hunter, a film that promotes the accusation that President Joe Biden profited from his son’s allegedly dubious dealings with foreign powers. Among those attending the gathering at a private screening room in Los Angeles were Lois & Clark: The New Adventures of Superman star Dean Cain and Nick Searcy, star of TV’s Justified. Some others said they did not want their attendance revealed, fearing it might hurt their careers. The secrecy underlined what right-wingers say is an atmosphere of fear over expressing conservative views in Hollywood.”

Davi, who has been in many films including Die Hard and Goonies, explained, “I don’t believe any voice should be held down in America, as the left is doing…In Hollywood today, most conservatives are afraid to speak up. That has got to change.”

The film stars Gina Carano and English actor Laurence Fox, both of whom faced “cancellation” for expressing views that ran counter to the Left.

Conservatives needed to keep a lid on the secret gathering

The veil of censorship over Hollywood is real.

In 2018, Ted Cruz was asked by a TMZ reporter about Hollywood conservatives and he replied, “There are actually a surprising number, but they’re afraid to speak out…I spoke several years ago at Friends of Abe, the group of conservatives in Hollywood, and I’ve never seen people so afraid of being caught. I mean, they literally would not allow any photographs, any videos because—you know, for the bigger stars, for someone like a Jon Voight, who’s an outspoken conservative, his career could handle it. But if someone is a gaffer, if someone is a writer, if someone is lower down on the totem pole, they’d be blackballed and lose their career for it coming out that they’re conservative. I really think that’s a messed up scenario…I’ve never spoken to any other group where people are terrified, ‘don’t take a picture of me because it could literally end my career’ because Hollywood has this ideological intolerance.”

Liberals talk about the horrors of the Hollywood blacklist when there were actual communists all over the film industry, the media, and even the state department, but they have spent the last several decades creating a new blacklist for anyone on the Right.

But things in Democrat-run America have gotten so bad, more Hollywood conservatives are speaking up.
Culture Watch News will keep you up-to-date on any developments to this ongoing story.