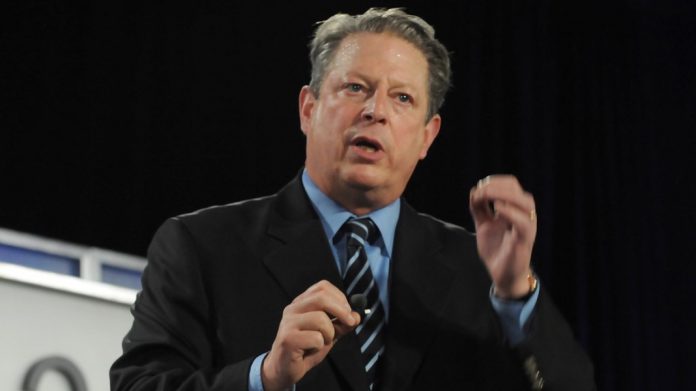 Global warming has been the bogeyman for the Left for years now.

And they have done everything they could to scare us all about the world burning up to a crisp in the near future.

But leftists are pulling out all the stops to fight “global warming” as they train cows to pee on command.

No issue over the past several decades has been pushed more than the idea of global warming.

Politicians like Al Gore have even made careers out of spewing nonsense about the world ending within the next decade over global warming.

Many remember, in the video below, where he claimed that the polar ice caps would be melted within five years – a claim, hilariously enough, which was made back over ten years ago.

And we have been cursed to have a disturbed child in Greta Thunberg running wild chastising us about having gas cars.

This is what happens when you don’t spank your kids . . .

So in the Left’s frenzy over so-called “global warming,” they have tried to control everything from how much gas we put in our cars, to what jobs we can have, and to how much meat we can consume.

But this is a new low for the Left that has everyone dying of laughter.

According to the Research Institute for Farm Animal Biology in Dummerstorf, Germany, they are fighting global warming by potty training cows.

In a radio interview on Radio New Zealand, the Institute claimed that, “t]he ammonia in cow urine is a known greenhouse gas as it produces nitrous oxide when released into the soil.”

According to the Institute, they are training cows to pee in special toilets called “MooLoos” and when a cow pees in the MooLoo they get a treat in food.

If they take a leak away from the MooLoo they get blasted with some cold water.

And they claim it has worked.

The Institute continued to tell the radio station that:

This is how some people train their children — they put them on the toilet, wait for them to pee, then reward them if they do it. Turns out it works with calves too. In very short order, five or 10 urinations for some animals, they demonstrated they understood the connection between the desired behavior and the reward by going to the feeder as soon as they started urinating.

So the Left is going so far to fight their bogeyman in global warming that they are training cows to pee in toilets.

Now only if leftists could train their kids not to be little pieces of crap in public.