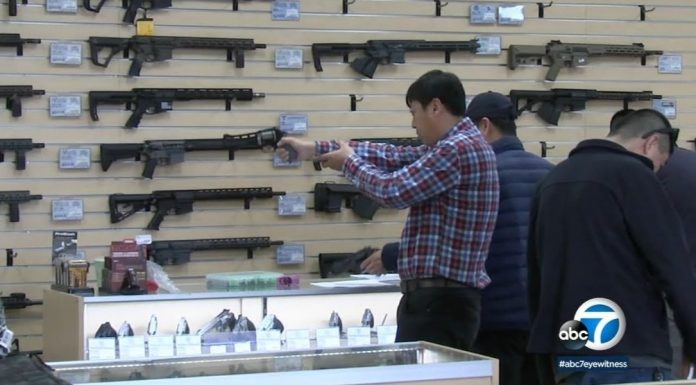 The Left has been on a warpath against law-abiding gun owners for decades.

And many times they have won battle after battle in chipping away our gun rights.

But now leftists are panicking as gun rights activists win their biggest court case in years.

Leftists have made it their mission to dismantle the Second Amendment.

And it doesn’t take a rocket scientist to understand why they hate our right to bear arms so much.

The Second Amendment is meant as a defense against tyranny from taking over our nation.

And leftists are doing everything they can to implement tyranny in our nation.

So they will do everything they can to dismantle the Second Amendment to further their radical agenda.

And even with attempts to stop them, leftists have been chipping away at the right of law-abiding Americans to possess firearms.

Their main target has been what they call “assault weapons.”

Sadly, leftists can’t define what an “assault weapon” actually is.

Even Biden’s pick to run the ATF can’t define an “assault weapon.”

ATF NOMINEE CHIPMAN: "There's no way I could define an assault weapon in thirty seconds."

SEN. KENNEDY: "If you won't answer my question, how can I vote for you?" pic.twitter.com/efb1FiYTK6

But after years of pushing the issue in court, the Left has finally faced a defeat that they may never recover from.

A federal judge of the Southern District of California struck down a three decade old ban on so-called “assault weapons” in California late last week.

California tried to claim that firearms like the AR-15 are not made for home defense.

But the judge was having none of it.

Like the Swiss Army Knife, the popular AR-15 rifle is a perfect combination of home defense weapon and homeland defense equipment. Good for both home and battle, the AR-15 is the kind of versatile gun that lies at the intersection of the kinds of firearms protected under District of Columbia v. Heller. Yet, the State of California makes it a crime to have an AR15 type rifle. Therefore, this Court declares the California statutes to be unconstitutional.

California still has weeks to appeal the Court’s ruling and they are expected to do so.

But now the precedent is set for there to be a final showdown over the Second Amendment in the Supreme Court.