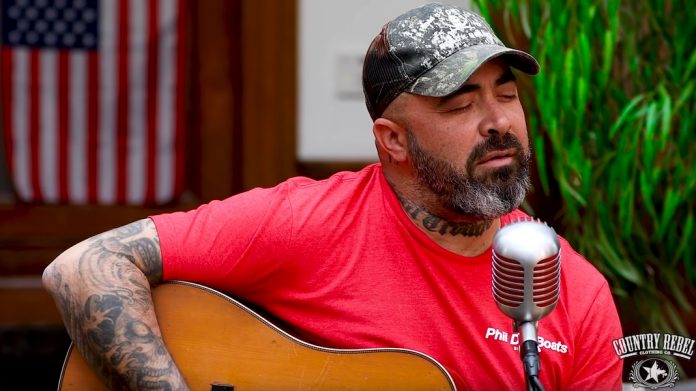 The music industry has trended to the hard Left.

Not even the country music scene has been immune.

And liberals are furious over one country music artist’s chart-topping song.

As Culture Watch News previously reported, Country music artist Aaron Lewis has a new hit song out, and liberals are not happy at all.

Lewis’ ballad Am I the Only One takes direct aim at “woke” insanity, and even calls out leftist music legend Bruce Springsteen.

Left-wing music blogger Bob Lefsetz was so enraged by the song, he suggested Lewis should be dropped from the Big Machine label.

But Big Machine CEO Scott Borchetta responded and called out the absurd reaction to Lewis’ song:

“Aaron Lewis and I have political disagreements. But there are also things we agree on. I think that’s the foundation for the idea of our country. It doesn’t work if we’re so divided that we can’t reach across the aisle, have a conversation or an argument, and ultimately, shake hands. If we can’t do that, and this moment is so divisive, we may never get our country back. To just ‘cancel’ (drop) Aaron is ridiculous and I’m disappointed that you would even suggest such a thing.”

The Left has become increasingly censorious.

Anything that doesn’t align with the Left’s worldview must be banned in their eyes.

John Rich from the country act Big & Rich recently explained that country music executives and managers are generally liberal, but a large percentage – if not the majority – of the performers are conservative.

Rich explained that the politics of the people in control of the industry create a chilling effect on the artists, so they silence themselves.

The reaction to Lewis is a perfect example.

Leftists want him actually dropped from the label for a song that pokes at the Left’s radical ideology, and doesn’t even do so in an offensive way.

The Left has controlled the culture for so long, and they’re loath to relinquish that control.

Conservatives need to be willing to fight the culture war in order to restore the country to some semblance of normalcy.

Despite no major radio play, Lewis’s song reached number one and has over 1 million views on YouTube.

There are people out there starving for a different message.