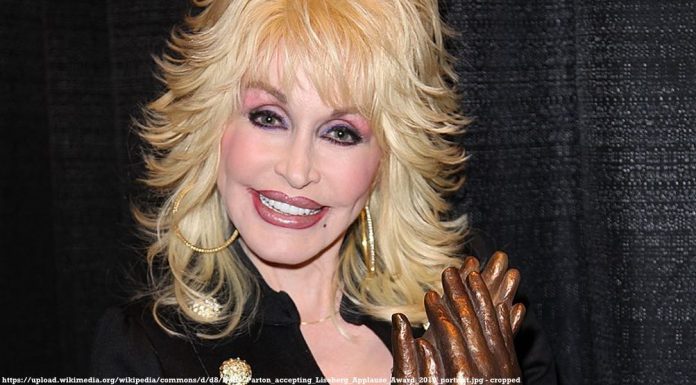 Joe Biden has settled into the White House, but the Left is still mad.

The outrage over the last five years has not subsided one bit.

Now leftists are furious at one country music legend for an insane reason.

The Tampa Bay Buccaneers won Super Bowl LV, but millions of viewers lost as they were subjected to one “woke” commercial after another.

But one Super Bowl ad really got under the skin of the woke outrage mob.

Country music legend Dolly Parton – who deftly avoids politics – did a remix of her hit song “9 to 5” for an ad promoting side hustles and entrepreneurship.

There’s nothing objectionable about the ad . . . except to communists who believe work equals exploitation.

“Rather than paying homage to the spirit of the original song, which made no bones about the exploitative nature of the daily grind, the commercial for Squarespace features a tinny ode to the side hustle . . . Its office workers are portrayed as being overjoyed to continue working after hours, their side hustles are painted as freeing, fun and fulfilling, and the song itself encourages them to ‘be your own boss, climb your own ladder.’”

So employment work is exploitation, but working for oneself is also problematic?

This makes zero sense to anyone who isn’t an economic Marxist.

NBC News wasn’t the only outlet to bash Parton’s ad.

Slate, Newsweek, and The New York Times all wrote similar revolutionary rebuttals to the commercial.

It’s ironic – perhaps insidious – that writers for major corporations are encouraging people not to branch out on their own and create businesses.

Many users on Twitter and website comments sections let the writers know they were the ones who were out of touch.

Why would singing the praises of work be “disappointing” to anyone but a commie?

Kelly’s closing paragraph included, “And as much as we all love Parton, she’s still a capitalist and still a very, very rich woman . . . I can see her welcoming an influx of filthy lucre.”

Rich capitalists must be shamed and punished for success; it’s the socialist way.