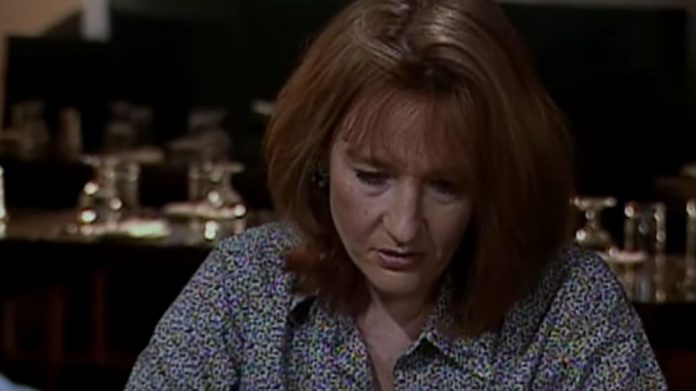 It didn’t seem possible, but the radical Left is becoming even more unhinged.

Harry Potter author J.K. Rowling is finding that out the hard way.

Now the “woke” outrage mob is accusing Rowling of something that will make your jaw hit the floor.

Billionaire author J.K. Rowling is a prime example that nobody can ever be “woke” enough for the leftist outrage mob.

Rowling is a dyed-in-the-wool leftist – even by British standards – but she still gets viciously attacked by the “woke” outrage mob because she has the audacity to believe that men cannot become women.

Such an opinion was obvious beyond the need of declaration five years ago, but now it can get you banned from social media platforms, “canceled” in Hollywood, and even fired from your job.

Rowling joined over 100 other liberals in signing a letter that appeared in Harper’s magazine imploring the Left not to engage in cancel culture.

It made no impact as the outrage mob still came at them with pitchforks, and some even took their name off the letter after facing blowback.

Two of the people withdrew their endorsements after they discovered that vicious “transphobe” Rowling was also included.

Now the radical Left flank is escalating its attacks on Rowling.

A lawyer for the ACLU said Rowling’s views on transgenderism were “genocidal.”

This is the speed at which the radical Left seeks to move the culture.

Even worse, this type of language is coming from the ACLU, an organization that’s supposed to fiercely defend free speech.

Sadly, the ACLU has been hollowed out by leftist activists like many other liberal institutions.

Leftism is an expansionist ideology that will not tolerate pluralism.

Rowling is worth a fortune and she can still publish books, but people lower on the cultural totem pole aren’t so lucky.

The only way to beat back the insanity of the Left is to refuse to cede ground.