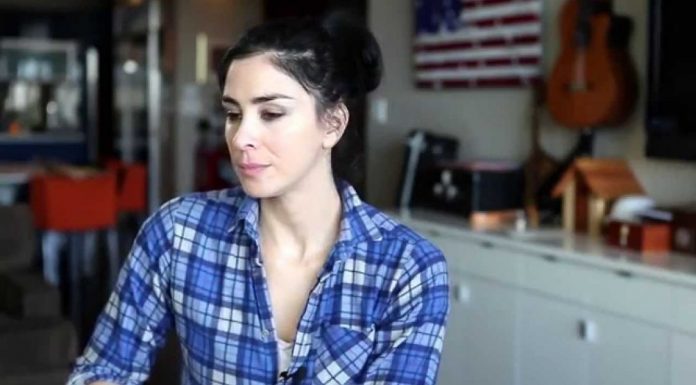 The Left just can’t get themselves over Trump and his family.

Every week it’s a new attack on the family that gave up so much for our nation.

Now leftist comedian Sarah Silverman just compared Jared Kushner to a Nazi and her career could be done for.

Even out of office, former President Trump and his family still have the full attention of the Left.

They just can’t let them go with all the hate they have built up for the past five years.

Just look at how after being acquitted in his second phony impeachment trial, leftists introduce a bill to block Trump from being buried at Arlington cemetery or from federal buildings being commemorated to him.

JUST IN: House Dems have introduced a bill to ban “twice impeached presidents” from burial at Arlington National Cemetery and federal funds from going to buildings displaying their names or acknowledging their achievements

This bill is called the "No Glory For Hate Act" pic.twitter.com/o3Y9n7qJUi

But that isn’t enough for the Left.

And now they are even going after Jared Kushner, one of Trump’s most moderate family members.

After being prompted to respond to a caller’s question as to why Kushner didn’t resign from Trump’s White House staff after January sixth, Silverman started by responding, “First off all, I’ve never seen someone so not Jewish-looking. If you gave him tiny circle specs he would look like a Nazi doctor. Like a Dr. Mengele.”

She continued her attack on the former White House advisor by claiming, “All they [the Trumps] were given to signify love was money. So that is what they covet and seek most – at, ironically, any cost.”

Everyone on both sides of the political spectrum should be outraged by Silverman’s attacks on Kushner.

How low will the Left be willing to go to slander and attack Trump and his family?

Kushner should be given all the credit in the world for fostering Middle Eastern peace treaties to get America out of an endless cycle of intervention and war in the Middle East.

But the best leftists can do is call him a Nazi.