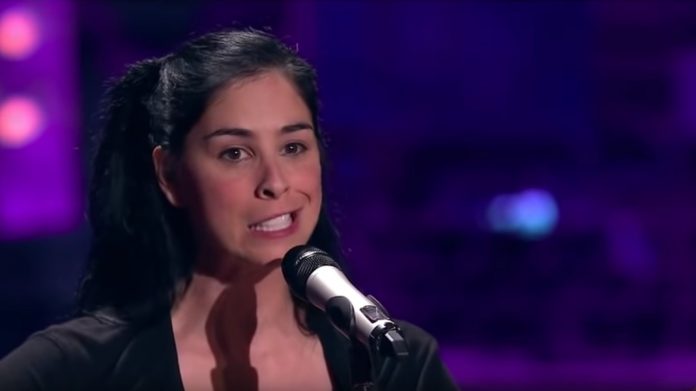 The Left lives in a fairytale clown world where they think someone who’s black or Jewish can’t be racist or anti-Semitic.

The truth is leftists’ identity-obsessed worldviews are often jaw-droppingly both.

Foul mouthed Jewish comedian Sarah Silverman decided to wallow in the dog pile Jon Stewart recently waded into when he insinuated that Rowling was anti-Semitic because of the goblin characters in the first Harry Potter film.

And Sarah Silverman got in on the act, aping Stewart saying “I couldn’t fucking believe it…Oh, my God. Just a row of hook-nosed propaganda Jews built for real life…Everything you’ve seen in Nazi propaganda of the ‘Juden’ pictures are brought to life in this wizarding world.”

The first Harry Potter film came out 20 years ago and Stewart and Silverman are just now making that leap?

The accusation lobbed by Stewart and Silverman – who are both Jewish and liberal and thus beyond question – is preposterous, and shockingly anti-Semitic.

Rowling believes that a man cannot simply become a woman by snapping his fingers and declaring himself as such.

So Rowling is fair game for leftists’ slanders now because despite being a dyed-in-the-wool liberal, Rowling suggested there are biological sex differences between men and women.

What’s even more ridiculous is that Rowling wrote the Harry Potter novels – she didn’t direct the film or come up with the costumes.

And a goblin that didn’t look grotesque wouldn’t be much of a goblin.

The leap Stewart and Silverman made to Jewish bankers is either projection of their own anti-Semitism or a bald-faced attempt to smear a prominent cultural icon, who dared suggest there are only two genders.

But the match has already been lit.

This is what happens if you fall out of lockstep with the “woke” establishment on any issue.