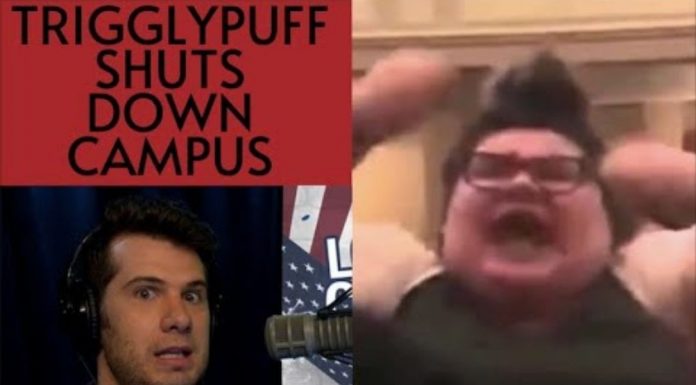 Colleges have become nothing more than a breeding ground for the Left’s agenda.

Oftentimes the policies at colleges are as oppressive against freedom as they come.

But leftist colleges just hit a new low as they target maskless students in this unthinkable way.

The good old days of going to college to learn a wide breadth of knowledge are long gone.

Instead, colleges are nothing more than just breeding grounds for radical leftist ideologies that these clueless students consume like candy on Halloween.

Trigglypuff in the video below is the poster child of the modern day product of many liberal arts colleges today.

But student’s classes aren’t the only thing to shape them into full-fledged socialist.

Colleges also influence them through policies.

But it isn’t just the policies that kill a good party.

Now colleges are targeting students for not wearing a mask outside and off campus.

More specifically, UMass Amherst honors students were suspended because they were photographed not wearing a mask outside at an off-campus function.

A mother of one of the kicked out freshmen claimed that “[t]here was a photo sent to the administration of these girls outside off-campus on a Saturday. This is why they lost a whole semester of their schooling.”

The three students filed an appeal to the school’s decision but lost the appeal.

UMass Amherst claimed, “Students received a number of public health messages this semester that emphasized the importance of following public health protocols and the consequences for not complying, and those messages were also shared on UMass social media channels.”