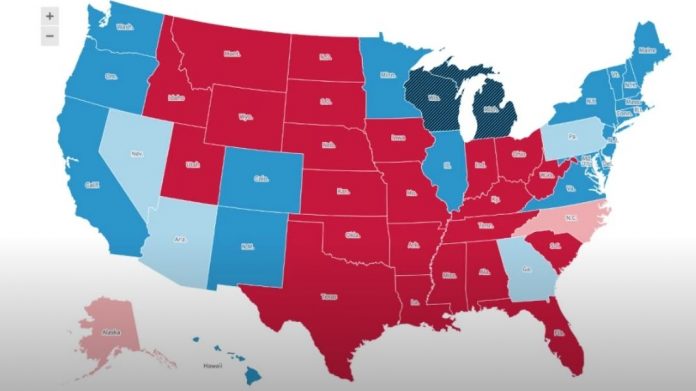 But they are ignoring the numerous defeats the Left suffered on election night across the nation.

And Leftist are in rage after taking this major defeat on election night.

With the polls being closed, the presidential race is still up in the air.

No matter who the media might declare the winner we can expect months of legal battles over the election and vote counting.

But even though the presidential race is up in the air, one thing is for certain.

The Left lost big across the United States.

In the U.S. Senate, it looks like Republicans will maintain their majority.

In the U.S. House, the Democrats are going to lose seats to conservative-minded candidates.

But there were also many wins on the state level.

And one of these victories for conservatives have Leftists in rage.

Louisiana voters decided overwhelmingly to add language to their constitution to lay the ground work to do away with abortion in their state.

Voters approved the language added to the constitution by a 62% – 38% vote which states:

To protect human life, nothing in this constitution shall be construed to secure or protect a right to abortion or require the funding of abortion.

With the possibility of a new conservative majority in the Supreme Court overturning Roe v. Wade, issues on abortion would go back to the states.

This is a huge win for the pro-life movement in Louisiana.

Ultimately, this added amendment would add a quiver to the pro-life movement’s fight to end abortin in Lousiana.

Only time will tell what’s in store for the nation in the years to come but abortion could be a leading issue with the Supreme Court.

And Louisiana could be just the first of many pro-life victories in states across the nation.