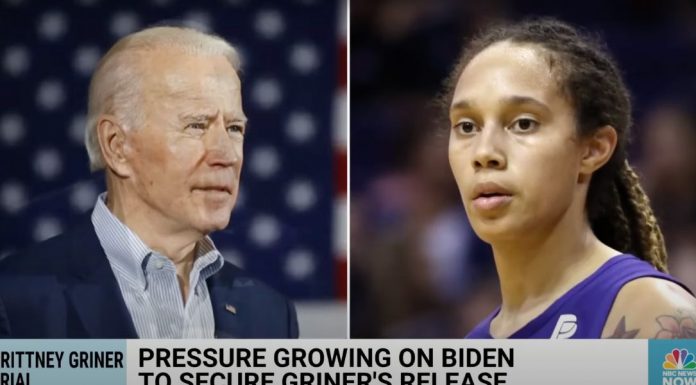 Pro athletes are destroying their brands by getting political.

LeBron James is a clear example of this terrible trend.

And James paid dearly for one insane thing he said about America.

LeBron James admitted years ago that he wanted to be a “global icon.”

And he tried to speed up his goal by stepping into the political arena.

After being largely silent about politics for the first 13 years of his career, James publicly endorsed Hillary Clinton and campaigned for her in 2016.

And the recent plight of WNBA player Brittney Griner gave James another reason to get on a soapbox.

Griner is being incarcerated in a Russian prison for possession of drug paraphernalia at the airport.

Instead of criticizing Russia, James—and other American leftists—bashed America.

During an advertisement for his show The Shop, James said, “She’s been there over 110 days… Now, how could she feel like America has her back? I would be feeling like, ‘Do I even want to go back to America?’”

LeBron James says if he were Brittney Griner, he would question if he even wanted to go back to America anymore. pic.twitter.com/LKtEwvyryr

James was instantly slammed for his despicable, anti-American comments.

He tried to take back his comments by replying, “My comments on ‘The Shop’ regarding Brittney Griner wasn’t knocking our beautiful country. I was simply saying how she’s probably feeling emotionally along with so many other emotions, thoughts, etc inside that cage she’s been in for over 100+ days! Long story short #BringHerHome.”

One of the people who slammed him was NBA center Enes Kanter, who recently changed his name to Enes Kanter Freedom after being an American citizen.

The Turkish-born player responded to James on Twitter, “You call it a step back, we call this a walk back. You are free to leave buddy or you can even volunteer for an exchange for her. Some people literally have NO idea what is it like to live in a dictatorship. Keep taking your freedom for granted.”

You call it a step back, we call this a walk back.

You are free to leave buddy or you can even volunteer for an exchange for her.

Some people literally have NO idea what is it like to live in a dictatorship.

Kanter Freedom’s family was thrown in jail by Turkish president Recep Tayyip Erdogan for his comments criticizing the dictatorial regime.

James and other American athletes are being given plaudits by the far-left media for bashing the country.

In the eyes of the Left, it’s always America’s fault, even when it’s Russia’s.

However, Griner appears to have softened her stance on the country after once kneeling for the anthem.

She wrote from a Russian prison, “As I sit here in a Russian prison, alone with my thoughts and without the protection of my wife, family, friends, Olympics jersey, or any accomplishments , I’m terrified I might be here forever. On the 4th of July, our family normally honors the service of those who fought for our freedom, including my father who is a Vietnam War Veteran. It hurts thinking about how I usually celebrate this day because freedom means something completely different to me this year.”