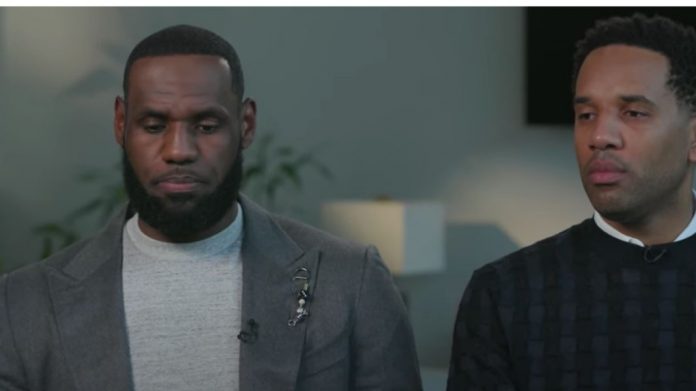 Far-left nonsense is becoming more and more inescapable these days.

It’s becoming increasingly obnoxious in the world of sports.

Now LeBron James announced one move that signals “woke” culture is about to get a lot worse.

“Woke” capitalism has become a plague on society.

One of the healthiest aspects of America was that personal politics didn’t matter in your daily routine.

However, leftists believe that everything is political, which is the nature of countries around the globe that are beset by political strife.

In certain countries, belonging to the wrong tribe or ethnic group could mean denial of basic services, or far, far, worse.

America largely conquered that divisive mentality, but the Left is doing everything it can to bring it back.

NBA superstar LeBron James is doing his part to reach into the dustbin of history and retrieve the idea of group discrimination.

According to a Bloomberg report, “[James and business partner Maverick Carter] describe it as a media company with an unapologetic agenda: a maker and distributor of all kinds of content that will give a voice to creators and consumers who’ve been pandered to, ignored, or underserved.”

This is code for leftist propaganda.

James openly campaigned for Hillary Clinton, constantly rips Donald Trump, attacked Drew Brees for saying he would stand for the anthem, among other political statements.

There’s no doubt James’ company will push the ascendant militant Left’s narrative that America is evil and racist and must be uprooted.

Earlier in his career, James said he wanted to be a “global icon.”

The easiest way to do that is to pander to the woke Left, which controls the media companies and institutions that give out awards and accolades.

James is playing the game, but it’s Average Joe who will suffer from this corrosive left-wing marriage.

Conservatives need to learn a lesson from James.

He and other left-wingers are willing to pour money into these causes to move the culture.

Meanwhile, people on the right are giving money to think-tanks that promote squishy Supreme Court justices like John Roberts.

Contributing to think-tanks is fine, but until conservatives seriously engage in the culture, dwindling electoral victories won’t matter.

Do conservatives need to fight for the culture by creating art?