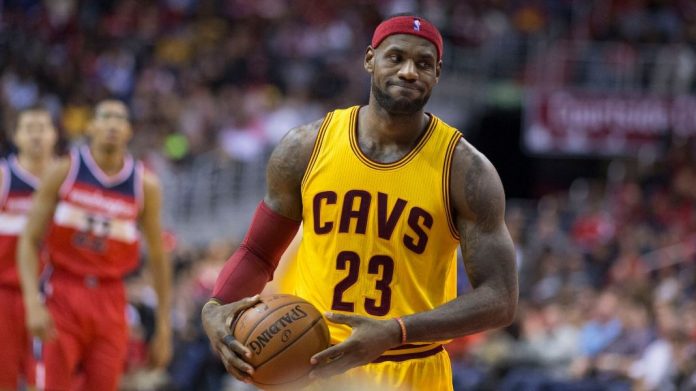 Leftism has been infesting sports for a long time.

The NBA has become one of the worst leagues at separating entertainment from politics.

And NBA superstar LeBron James just got called out for the insanely hypocritical thing he said.

But something much more troubling has sprung from the riots.

Far-left radicals are using the outrage over Floyd’s death to cram through a radical agenda.

That agenda includes bullying public figures and businesses to show solidarity with their cause or be castigated.

Entertainers around the world of sports, movies, and music got in on the act.

However, NFL future Hall of Famer Drew Brees committed the cardinal sin of not falling in line perfectly.

During an interview, Brees said that he did not support kneeling for the National Anthem and disrespecting the American flag.

Brees must’ve thought he still lived in a country that valued free speech and patriotism.

Instead, “wokeness” and groupthink reign supreme.

Brees was hit with a tsunami of backlash, and one of the first people to pile on was LeBron James.

After Brees’ own teammates and his adopted hometown of New Orleans – a city in which he’s invested millions of dollars and volunteer time ­– threw him under the but, he bent the knee and apologized.

Then his wife apologized.

But LeBron James has never been pressed on his stance about China’s suppression of protests in Hong Kong.

James even told the Northwestern and MIT graduate that he needed to “educate” himself on the situation.

Also, James has been silent about the Uyghur Muslims whom the Chinese Communist Party threw into concentration camps, or the African migrants who were evicted from hotels and prohibited from entering restaurants in light of the coronavirus.

Colin Kaepernick, the pope of wokeness, has also been silent on these social justice atrocities.

The reason why is because their Nike money is more important than standing up to tyranny.

It’s easy for James and Kaepernick to run down America because they have free speech.

The people in China aren’t so lucky.

And if the radical Left keeps shredding constitutional guardrails, Americans won’t be so lucky, either.

Should the media call out LeBron James on his obvious double standard?