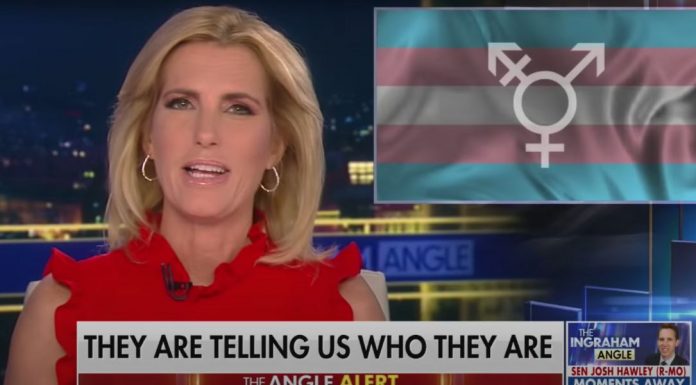 Woke leftist corporate titans like those who run Disney think they can push around states like Florida to do what they want.

But it looks like the Left may finally have met its match.

And Laura Ingraham devastated Disney groomers on Fox News when she revealed Ron DeSantis is about to unleash this nuke on Disney.

Our society has been pushed around by leftists for too long now.

As a result our culture is rotting from within faster than ever before.

We don’t even know what a boy or a girl is anymore.

And to make matters worse, leftists in our schools are trying their best to groom our kids to openly embrace their perversive lifestyle.

Teacher explains how she sneaks in her LGBTQ activism while hiding it from parents who might complain 🚨 pic.twitter.com/xCiZenobZU

Well, with the leadership of Governor DeSantis, Florida has decided to take action against the Left’s attempts to sexualize school-aged youngsters.

And as a result they have passed a law banning the promotion of sex to those in the earliest years of schooling.

Not a crazy concept right?

Well woke leftists, like those at Disney, think its their duty to teach your kids about sex and the LGBTQRSTUV community.

Disney and executives at the not-for-kids company keep speaking out against the new law protecting the children of Florida and promoting their leftist agenda.

As reported on the Laura Ingraham Show on Fox News, DeSantis claimed, “I would say any special privileges that are in law I would like to get rid of generally. I think in this particular case with Disney, I just don’t think you have very many people in the legislature anymore who are going to be able to defend a lot of what has been done over many years to really have them almost govern themselves in some of these things. That was probably never appropriate to start, but is certainly not appropriate now at this point.”

Ron DeSantis fires back at Disney for opposing the parents rights bill:

"Corporate executives do not run this state… If we would’ve put in the bill that you are not allowed to discuss the oppression of the Uyghurs in China, Disney would’ve endorsed that in a second.” pic.twitter.com/VQ3rXY486K

Laura in her monologue went on to claim that copyrights for Disney might even be taken away as they are protected by Congress.

Ingraham: Trademark and Copyrights are established by Congress, their length, how long they can be exercised. Congress can always change them pic.twitter.com/fXLxsjWlmc

Disney might have picked a fight it can’t win.

This is what happens when you get real conservative leadership out of someone like DeSantis.

Now he has Disney backed in a corner and maybe if we are lucky enough, he will make Disney pay for its years of open embrace of the Left’s agenda.