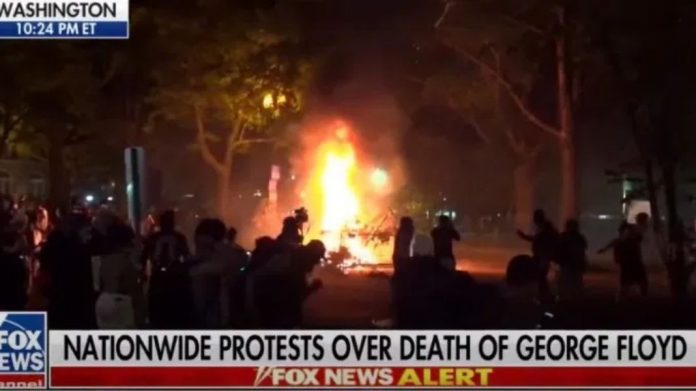 Leftist have been indoctrinating kids into their ideology for years.

But now kids are being fed lies about a dangerous terrorist organization.

The murder of Minneapolis citizen George Floyd has led to a wave of violent rioting and looting around the country.

What began as peaceful protest quickly disintegrated into madness and chaos.

Innocent civilians and law enforcement officers were beaten and even killed in the midst of the mayhem.

And one of the groups responsible for inciting the violence is Antifa.

Donald Trump recently declared the group of militant communists a terrorist organization, which they most certainly are.

Sadly, the corporate press has defended the despicable actions of Antifa for years, and they’re doing so again even as evidence of their involvement in rioting mounts.

But what’s more disturbing is how one magazine geared toward children is glorying the actions of Antifa.

🗣 “Antifa grows out of a larger revolutionary politics that aspires toward creating a better world, but the primary motivation is to stop racists from organizing.” https://t.co/ShS2RPfDN2

The frustrating irony of this Teen Vogue piece is that the magazine is run by Condé Nast, a billion-dollar media company.

The article is complete nonsense and papers over all the crimes that the group has committed.

This is the type of propaganda being fed to children from all angles.

Not even frivolous teen magazines are safe from far-left indoctrination.

This is the fallout of decades of cultural domination from the Left in media, academia, and Hollywood.

Unless conservatives push back harder against those corrupted institutions, the problem will only get worse.

Right-wing news media has begun to gain ground because podcasts and platforms like YouTube, but entertainment media and academia needs more support.

As Andrew Breitbart famously said, “Politics is downstream from culture.”

If leftists are allowed to have a monopoly on the culture, victories at the ballot box will dwindle, or become irrelevant as leftists nudge the country further to the Left through cultural pressure.

What do you think conservatives should do to win back pro-America culture?