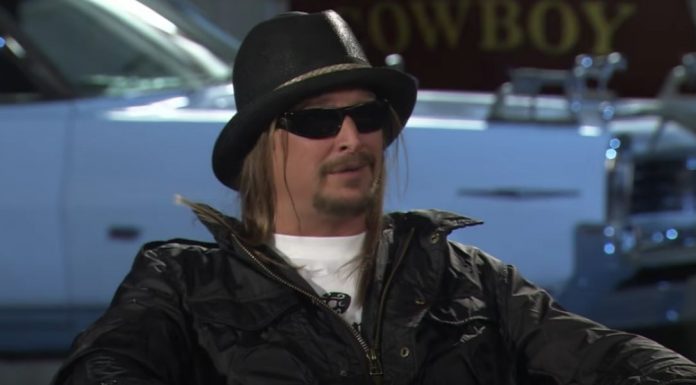 But not all artists are along for the ride.

Because Kid Rock went on Fox News and unleashed on unhinged leftists trying to cancel him.

Kid Rock (born Robert James Ritchie) is not playing by the rules of the progressives who control corporate media.

So many other artists are forced to toe the left-wing line, but he refuses.

He recently sat down with Fox News host Tucker Carlson for his long-form interview show and explained why.

Carlson asked, “Why haven’t you been canceled? Like, people aren’t allowed to say what they think. You are.”

Kid Rock responded, “I don’t give a f*ck,” to which both he and Carlson laughed.

The rocker expounded, “I am uncancelable…I’m not in bed with any big corporate things at the end of the day. There’s nobody I’m beholden to. No record companies, no corporate interests, no nothing. You can’t cancel me. I love it when they try.”

The legendary Kid Rock sits down with Tucker for a rare one-on-one interview. And nothing is off the table. You’ll see part of the fascinating discussion Monday on Tucker Carlson Tonight at 8pm ET on Fox News. pic.twitter.com/5ZU9rIb5Vj

There used to be near unanimous consensus on the definition of the word woman, but now that bizarrely has become one of the most controversial topics in society.

In a recent case, Mumford & Sons banjoist Winston Marshall quit the band because he felt he was unable to speak his mind without hurting his bandmates.

Marshall was forced to apologize for congratulating Ngo, who has ridiculously been branded “far right” by activist journalists.

He later retracted his apology and left the band.

Kid Rock has been one of the few artists who has spoken out against COVID insanity and political correctness run amok.

He recently released “Don’t Tell Me How to Live” and “We the People,” expressing his anti-authoritarian views.

Kid Rock also caused a storm when he supported Donald Trump, and flirted with the idea of running for Senate in Michigan as a Republican.

“Woke” culture has become so pervasive that more artists will have to go independent if they want to be able to speak their minds.

The other alternative is for people on the Right to start investing in culture so artists aren’t trapped inside the progressive machine.