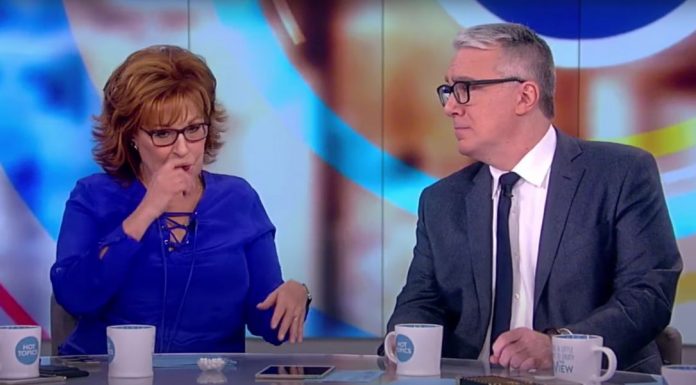 This last week has seen more leftist meltdowns than anyone needs in a lifetime.

But the leading left-wing mouthpiece for one generation just raised the bar.

Leftist are losing their minds after this past week of rulings from the Supreme Court.

Between the conservative Justices’ rulings on gun control and abortion within just a 48-hour span last week, the Supreme Court became public enemy number one to the woke mob.

The Left is already deranged as they have become more radicalized over the past several years.

But the past week just about did them in for good.

Perhaps even more than abortion, the Left thought they had the issue of gun control in the bag in recent decades.

Sure the Supreme Court had handed them some losses around the edges on the issue.

But it was only a matter of time before the Court reversed course on guns even as they continually caved to the Left on other issues like Obamacare.

The Supreme Court upheld Obamacare! I heard Judge Roberts used his save. Incredible. That's the only one he gets for the entire season.

However, the Supreme Court shocked many as they actually struck down a 109-year-old law out of New York that requires so-called “proof of need” for a concealed carry permit.

In New York State Rifle & Pistol Association v. Bruen, the Court ruled last Thursday that the right to “bear” arms refers to the right to carry a gun outside the home which expressly prohibits New York’s restrictive law.

And boy did that kick off a foul-mouthed, ongoing collective leftist meltdown.

But the nuttiest of all the hot takes on the Justices’ Second Amendment ruling has to belong to failed broadcaster Keith Olbermann.

Olbermann went on Twitter following the ruling to claim:

“It has become necessary to dissolve the Supreme Court of the United States.

The first step is for a state the “court” has now forced guns upon, to ignore this ruling.

Great. You’re a court? Why and how do [you] think you can enforce your rulings?”

It has become necessary to dissolve the Supreme Court of the United States.

The first step is for a state the "court" has now forced guns upon, to ignore this ruling.

Great. You're a court? Why and how do think you can enforce your rulings?#IgnoreTheCourt

The Left doesn’t get their way then they just go bat crap crazy.

Olbermann first weaseled his way into Americans’ living rooms on ESPN decades ago.

From there he became one the nuttiest of the MSNBC cult’s hosts before getting the boot and going to work for Al Gore’s failed cable network Current in 2011and has spent the decade since begging to get back on MSNBC, according to a report in Variety earlier this year.

Despite the sad shambles of his career, there is possibly no better example of what a whole generation of leftists’ unhinged mindsets looks like than Keith Olbermann.