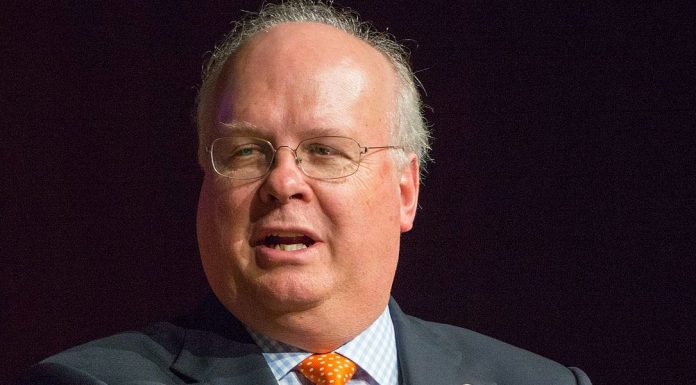 American society has been plagued with incidences of influential sexual predators over the past few years.

From Harvey Weinstein to Jeffrey Epstein many people were horrified at the stories they heard about their predatory behavior.

But now Karl Rove just admitted on-air that he knew about an active gay child sexual preditor for over 30 years and didn’t say anything about it.

Some of the top stories over the past few years have been about stunning reports and allegations of sexual predators.

First, in 2017, famed Hollywood insider and director Harvey Weinstein had numerous reports of rape and sexual assaults on various actresses involved in his movies.

And after years of rumors of being a pedophile, rape allegations finally surfaced in 2019 against Jeffery Epstein and his elaborate scheme to prey on young girls.

Many parents watched the news in horror as they hoped nothing like this would ever happen to their children.

But just last week, reports surfaced on how one of the most influential members of the Republican Party was a gay sexual predator who preyed on young men as young as 14.

The New York Times reported that one of the Republican Party’s most influential campaign advisors, John Weaver, had targeted at least 21 boys for sexual favors.

John Weaver was one of the top campaign advisors for three presidential campaigns: John McCain (2008), Jon Huntsman (2012), and John Kasich (2016).

He also was one of the founding members of the anti-Trump group called the Lincoln Project.

But while he served in these prominent roles he used his authority to prey on young men for sexual favors.

The Times reported that one of the 21 boys targeted by Weaver was a 14-year-old boy and Weaver messaged him “Are you in HS still?”

And once the boy turned 18 Weaver reached out again claiming “I want to come to Vegas and take you to dinner and drinks and spoil you!!”

Weaver continued asking the young man for his body’s “stats” by messaging “Hey my boy! resend me your stats! or I can guess! if that is easier or more fun!”

Weaver has now admitted to targeting these boys.

But one of the most disturbing parts of this story is that Karl Rove, one of the most influential establishment Republicans, admitted on Fox News that he knew of Weaver’s predatory behavior all the way back in 1988.

I’ve actually known about this pattern of behavior since 1988. All I want to say is that the 21 statements from those 21 young men, who talked about how they’ve been approached by Mr. Weaver, those statements speak for itself. I don’t have anything to add to it, it’s a sad, sad chapter.

You can see Rove’s statement on Fox News below:

#NEW: @MarthaMacCallum asks @KarlRove about the Jeff Weaver/Lincoln Project saga as a 2004 Atlantic story from Joshua Green reported "Rove spread a rumor that Weaver made a pass at a young man."

Rove: "I've actually known about this pattern of behavior since 1988." pic.twitter.com/HQZxP5arm9

So in over 30 years of knowing about Weaver’s predatory behavior toward young aspiring men within the Republican Party, Karl Rove decided to keep his mouth shut?

Karl Rove and other establishment Republicans have gone out of their way to criticize Trump’s Tweets, but yet they clammed up about an active sexual predator within their own ranks?

Maybe it’s time for Karl Rove to leave the political arena after hiding such a dark secret that has harmed so many young people.