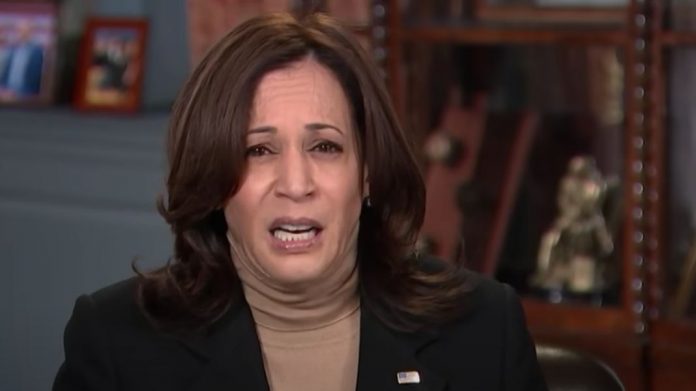 Kamala Harris and other leftists like on The View have been the ones screaming about forcing the unvaccinated to get the shot.

But what happened live on air to Kamala Harris and the other leftists is almost too good to be true.

That’s because Kamala Harris and co-hosts of The View got hit in the face with a dose of karma that you have to see to believe it.

Can you name a more annoying politician than Kamala Harris?

They should blare her laugh on speakers at the border to scare away illegal aliens.

But rather than being productive as Vice President, Harris is either hiding or, like other leftists, she is trying to find ways to mock those who haven’t gotten the shot yet.

Just look at how Jimmy Kimmel and his leftists buddies mock those who have valid concerns over the vaccine.

‘Grow the f*ck up and get the vaccine’ — These health care workers shared their honest thoughts about anti-vaxxers in this hilarious PSA on ‘Jimmy Kimmel Live!’ pic.twitter.com/5rCfbDcNog

So the Left mocking the unvaccinated every chance they get makes this next video clip so beautiful.

The View is known for being on the spearhead of pushing the Left’s agenda.

And late last week, on live TV, two co-hosts of The View, Ana Navarro and Sunny Hostin, were pulled off the set because they tested positive for COVID.

This is after The View has touted how their whole crew is vaccinated.

And to put the icing on the cake, they were literally about to have Vice President Harris on the show when the co-hosts had to leave.

Then the production crew quickly decided not to host the Vice President after two of their hosts appeared to have so-called “breakthrough cases” on live TV.

You can see the whole awkward situation below:

BREAKING: Sunny and Ana have been asked to leave the ABC studio because they tested positive for COVID.#TheView pic.twitter.com/DMIYrjHjid

In the end, it turned out to be not one, but TWO false positives, which is even more hilarious considering COVID fearmongers regularly downplay the frequency of false positive test results.