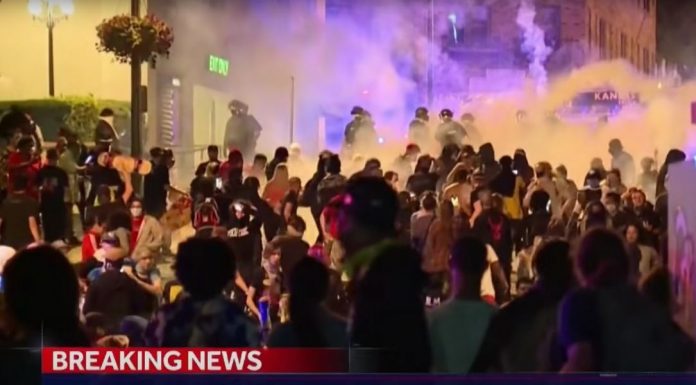 Now, officials claim he’s not hiding but quarantining after testing positive for COVID.

But a potential clue about where AWOL Justin Trudeau is may lie in one major Black Lives Matter purchase.

The Canadian Prime Minister baselessly slammed the Freedom Trucker convoy that rolled into Ottawa for so-called “hateful rhetoric,” before he promptly disappeared from public view.

But anyone wondering where he’s been should recall his well-known affinity for Marxist front group Black Lives Matter.

For all they gripe about the wealthy, Communist leaders tend to have expensive taste — and that seems to be shared by the leaders of their current popular offshoot: Black Lives Matter.

After trashing the United States, Black Lives Matters organizers are following through on an old leftist threat and moving to Canada — or at least they’ve picked up some nice digs to escape to for a bit of R&R.

The deal for the 10,000 square foot mansion was closed after Black Lives Matter moved the cash to a charity, M4BJ, which the wife of the BLM founder had a hand in setting up.

This might not be the first time the couple has been house shopping on the organization’s dime.

Last year founder Patrisse Khan-Cullors, who claims she is a Marxist, resigned following an investigation into the fact that she’d spent $3.2 million buying homes in Georgia and Los Angeles.

Now, this latest deal in Canada is infuriating supporters.

“For BLM Canada to take money from BLM Global Network for a building without consulting the community was unethical,” Sarah Jama, a top activist tweeted. “For BLM Canada to refuse to answer questions from young black organizers goes against the spirit of movement building.”

The “spirit of movement building” is getting all kinds of ugly as various community organizers jockey for power.

And the meltdown can be witnessed on Twitter where organizers wring their hands over everything from someone building tiny homes in encampments too quickly to all kinds of concerns over truckers in Canada stealing the spotlight.

Meanwhile, exactly who is holding the purse strings at the top is unclear.

The recent real estate deal comes after a Washington Examiner investigation concluded, “No one appears to have been in charge at Black Lives Matter for months. The address it lists on tax forms is wrong, and the charity’s two board members won’t say who controls its $60 million bankroll.”

After Khan-Cullors bailed, two activists were supposed to be put in charge, however they released a statement in September on Twitter informing the world that they were never actually put in power since they, “were not able to come to an agreement with the acting Leadership Council about our scope of work and authority.”

That’s not exactly a surprise considering that there literally has never been a communist organization that isn’t a hot mess.

But that doesn’t mean they’re weak.

They have no respect for the rights of others and the rule of law.

In addition to the approval of their own conscience, these Communists have also managed to gain the approval of—along with vast amounts of cash from—for their “woke” corporate cronies.

Even beyond the $60 million the organization is known to have received in direct contributions, as of last summer corporations had pledged to donate nearly $50 billion for “racial justice” causes.

Considering that it’s being driven by attention garnered by BLM protests, we can assume that money will help prop up organizations their leaders will direct.

Not only that, they are benefiting from the insane propaganda push in the vast public school system in the United States.

In fact, news about the recent manor purchase broke as countless schools across the United States were implementing the “BLM Week of Action” which calls for the “disruption of Western nuclear family.”

No matter how disorganized and dysfunctional Black Lives Matters may appear, it remains a lawless front for a dangerous political movement that tried to take over the world numerous times before—and is closer than ever with camps in every major city and curriculum in most classrooms.

Their latest purchase is merely a status symbol to remind us they are powerful—and here to stay.