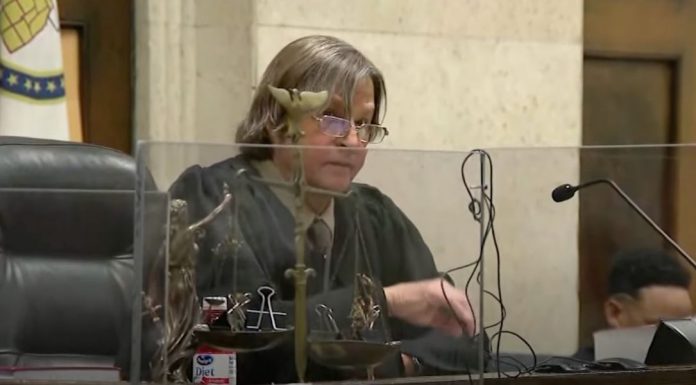 His attempt to get away with faking a hate crime blew up in his face.

Despite a mountain of evidence against him, Smollett maintained his innocence, even through criminal conviction and sentencing.

And Judge James Linn ripped Smollett apart as he sentenced him to 150 days in jail.

Surveillance footage showed Smollett and the two men he paid to fake-attack him going through a dress rehearsal for the incident.

There were also phone records, bank records, receipts, and testimony from the two people Smollett hired.

Linn continued, “I know that there is nothing that I will do here that will come close to the damage that you’ve already done to your own life. You’ve turned your life upside-down by your misconduct and shenanigans. You destroyed your life as you knew it.”

Linn also mentioned the “overwhelming evidence of guilt” against Smollett and called his hypocrisy “just astounding.”

It was a complete destruction of Smollett and his despicable actions.

The sentencing hearing went completely off the rails when Smollett melted down.

Smollett got louder and louder with each declaration that he was not suicidal.

He continued his tirade and said, “If I did this, then it means that I stuck my fist in the fears of black Americans in this country for over 400 years and the fears of the LGBTQ community. Your Honor, I respect you and I respect the jury, but I did not do this and I am not suicidal. If anything happens to me when I go in there, I did not do it to myself. And you must all know that.”

Smollett saved his worst performance for last as he was taken out of the court.

The only thing more frustrating than Smollett’s insistence that he was innocent is the fact that he almost got away with a slap on the wrist.

George Soros-backed prosecutor Kim Foxx tried to let Smollett off with no jail time and community service, but a special prosecutor was brought in to try the case.

Smollett should be embarrassed by all of the damage he did, but he exhibited absolutely zero shame for his pathetic plea for attention.