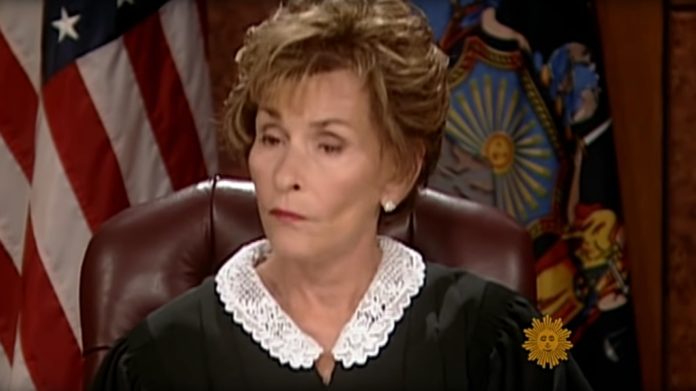 Judge Judy is known for telling it like it is.

So you would think she’d have President Trump’s back.

In a recent op-ed in USA Today, Judge Judy chose to make her opinions known about the 2020 election.

And in a shock statement, she threw her support behind the anti-gun former New York City Mayor Michael Bloomberg.

Bloomberg is not in the race, but there has been a lot of speculation that he would run.

He has gotten heavily involved in politics in recent years, funneling tens of millions of dollars into anti-gun Democrat causes.

I said our American family has been fractured in recent years. We’re hopelessly divided, and a bitterly divided family cannot thrive. The only way we can begin to come together again, I said, is if Michael Bloomberg, former mayor of New York City, becomes our next president.

I realize I am taking a personal and a career risk in making such a statement. I have carefully stayed away from politics for 50 years, except to vote. But times have changed in our country, and I believe the moment has come for me to step out from behind the curtain. I want to speak honestly and from the heart — regardless of the consequences.

I realize Michael Bloomberg said in March that he will not run for president in 2020 (though he might be reconsidering that position, according to anonymous sources). I respect his comment — but our political landscape has changed profoundly since he made it. There is ferment on the left and the right, candidacies are rising and falling, and this has created an opportunity for Bloomberg, a man of the center, to change his mind.

At one time, Bloomberg was a Republican, only for him to change his party affiliation to Independent.

But in 2018, the billionaire changed his party affiliation to Democrat, adding speculation that he would run for President.

If he did run, he could fund a massive campaign, considering he is the 12th richest person in the world.

But his rabidly anti-gun record could very likely sink his chances against Trump.

Do you think Michael Bloomberg could beat President Trump?