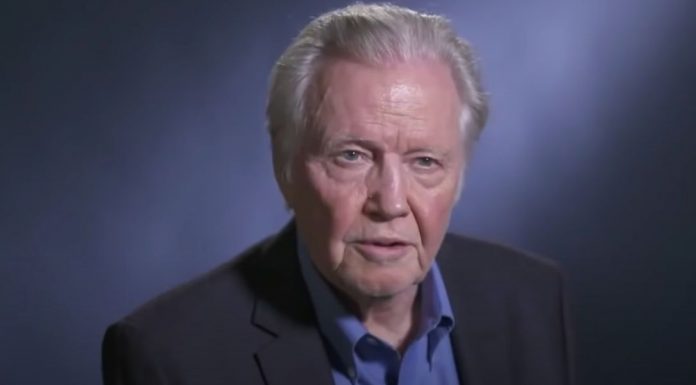 Jon Voight is one of the few figures in Hollywood who is not a crazy liberal.

He is unafraid of standing up for his conservative values.

And he just destroyed the radical Left with one statement Hollywood won’t like.

Hollywood has been Joe Biden’s biggest cheerleader during his Presidential campaign.

And after the media declared the election for Biden, they are fighting to stop anybody from challenging that ruling.

But they aren’t entirely unified.

Jon Voight, who has been an A-list star for decades has come out to challenge the Fake News Media’s claim that Joe Biden won.

“My fellow Americans, I stand here with all the feel as I do disgusted with this lie that Biden has been chosen.” Voight began. “As if we all don’t know the truth. And when one tries to deceive we know that one can’t get away with it, there will be a price to pay.”

The Hollywood legend went on to state that Americans are facing their “greatest fight since the Civil War,” adding that the radical Left are Satanists.

Voight went on to state that Americans must fight to ensure President Trump’s victory amid mounting evidence of voter fraud, and that they should not give up.

“We must not allow this,” he said. “We must fight this corruption that has taken over and fight for the good that seems lost. Let us give our trust to God and pray for Trump’s victory because we all know this ballot count is corruption like they are. So let us not back down, let us fight this fight as if it is our last fight on earth. As Muhammed Ali said, ‘It is not over, till the last punch you have.’ God Bless.”

If Voight was early in his career, a statement like this would kill any future prospects in the industry.

So he may not be alone, but he surely is one of a handful willing to publicly challenge the Left’s orthodoxy.

All it took for Guardians of the Galaxy Star Chris Pratt to be considered an enemy to the Left was to not attend a fundraiser for Joe Biden and Kamala Harris.

The Left tried to cancel him, and only time will tell if that will succeed.

So you can be sure that they aren’t very happy with Jon Voight right now.