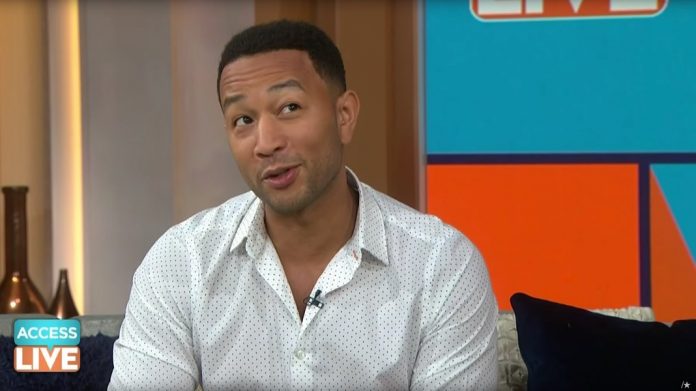 This time they went too far.

John Legend is blaming Trump for a mass shooting and what he said will make you angrier at Hollywood than you’ve ever been before.

Legend is a vocal Hollywood elitist and opponent of Donald Trump.

He regularly accuses the President of promoting racism.

But what he just said takes the cake.

John Legend posted on social media “the racist venom coming from the President’s mouth regularly inspires killers. He is a part of the problem.”

Grammy-winning singer John Legend appeared to place blame for the string of deadly mass shootings across the country in the past 24 hours at the feet of President Donald Trump, saying Sunday “he is a part of the problem.”

Legend made his claim on Twitter, taking a broad brush to his claims against the president, pointing to “the racist venom coming from the President’s mouth” before claiming Trump, ” regularly inspires killers. He is a part of the problem.”

Legend made his attack after two mass shootings claimed 29 lives within 24 hours and left dozens of others injured and hospitalized for treatment.

The first occurred in El Paso, Texas, where 20 people died in a shooting at an area Walmart store on a busy Saturday morning.

John Legend is essentially blaming Trump for the deaths of the 29 people killed in the recent mass shootings.

The media is doing everything they can to blame this on Trump and his supporters.

But they are ignoring the fact that the second shooter in Ohio was an avowed socialist and also politically motivated.

The truth is, that the media will never release this information because it does not fit their narrative.

So John Legend and other celebrities are attempting to use this tragedy to push their radical Left-wing agenda.

Is it wrong for celebrities to use these tragedies for their political benefit?