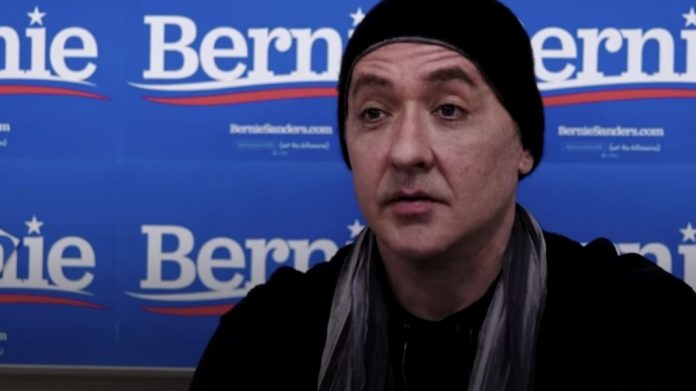 Donald Trump’s Presidency has driven left-wing celebrities up the wall since he entered office in 2016.

However, sometimes these celebrities take things too far and become completely unhinged . . . and even mentally unstable.

Now John Cusack ranted against President Trump, making up lies and revealing something about himself that will make your jaw drop.

A handful of celebrities have simply lost their ability to use critical thinking, logic, and reasoning in the age of Trump.

President Trump’s mere existence has driven them so angry they make up lies about Trump, create conspiracies, and obsess over everything he does.

Some celebrities, like Kathy Griffin and Bette Midler, have gone as far as making death threats and insulting his family members, including Barron Trump, the President’s 14-year-old son.

The latest celebrity to reveal he has lost his sanity is John Cusack.

The acting was filming rioters while walking through Portland and began ranting against President Trump in an incoherent manner.

He even tweeted that Trump’s “secret police” were massacring protestors and that President Trump was holding on to “illegal power.”

No protestor or rioter has been killed by local or federal law enforcement in Portland.

Nor has Donald Trump ordered federal agents to murder rioters or protestors.

Cusack was simply making up lies about the events occurring in Portland.

The actor was almost certainly doing so to rile up his fans on social media however, it seems as if Cusack has become completely unhinged and his mental state is not 100% intact.

The actor is making up conspiracy theories about Donald Trump that rival former Attorney General Eric Holder’s conspiracy that Trump will use “paramilitary forces” to suppress voter turnout.

Cusack’s social media posts are simply irresponsible and even dangerous.

He’s making up false stories about President Trump ordering agents to kill rioters and it could inspire radical leftists to fight back and become violent.