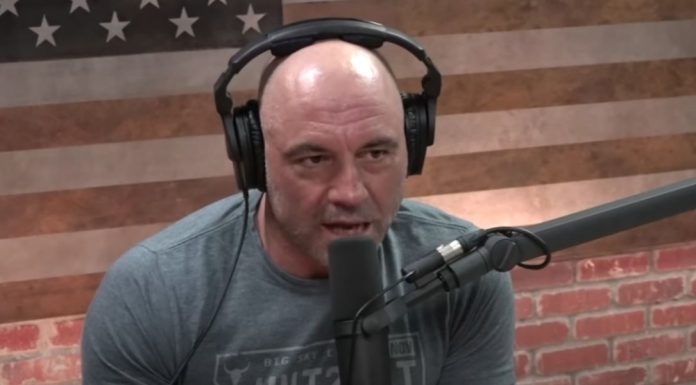 Hollywood leftists hate anyone in entertainment who is Conservative.

That goes double for Christian Conservatives like Chris Pratt and soon probably for Joe Rogan, who they’re desperate to shut up.

Joe Rogan’s podcast represents a high-profile platform for people to speak their minds.

Ever since Joe Rogan moved his wildly popular podcast to Spotify, he’s been free to express his ideas without fear of YouTube censorship.

For example, his podcast has been the biggest platform for well credentialed doctors to speak out against the insanity of the COVID regime.

Pratt undergoes constant “cancelation” efforts from the Left, and Rogan explained that it’s because Pratt is a Christian.

“Chris Pratt gets in trouble because he’s a Christian…He’s the nicest f*cking guy I’ve ever met in my life…They’re all insane people that hate their jobs that are sitting in front of the cubicle when their boss isn’t looking they’re tweeting bad things about Chris Pratt.”

In 2018, Pratt gave a rousing speech at the MTV Movie Awards that centered around faith, which always unsettles the Left.

And far-left actress Ellen Page, who transitioned to Elliot Page, ripped Pratt for attending a church that was hostile toward members of the LGBT community, a claim that was not true.

Pratt also got in hot water when he wore a “Don’t Tread on Me” T-shirt, which might as well be a hate symbol to progressives.

The Left also hate the fact that Pratt is a hunter.

“He hasn’t done nothing…He’s so nice. Chris Pratt is like one of the nicest people I’ve ever met in my life. He’s genuinely friendly. I’ve been in hunting camp with him. He’s nice to everybody. My point is I’ve seen him interact with people…He’s super kind, super normal guy.”

Pratt also declined to participate in a Marvel fundraiser for Joe Biden.

In total, liberals hate Pratt because he isn’t outwardly a leftist like so many others in Hollywood.

That’s enough to make him “suspect.”

If Pratt actually endorsed a Republican candidate or something similarly heretical, his career as an A-lister would be put in jeopardy.