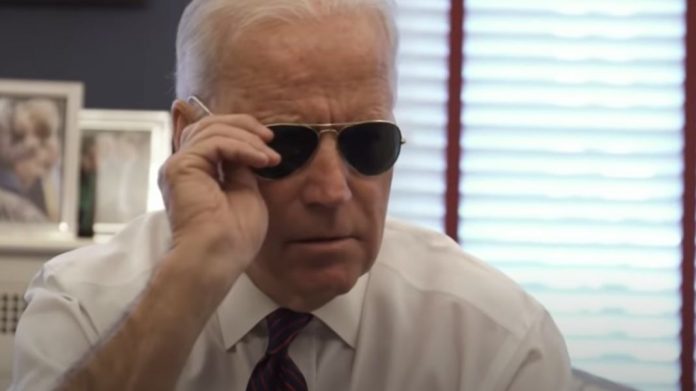 Joe Biden is dangerously close to becoming president of the United States.

Donald Trump has closed the lead, but Biden still leads in almost every poll.

The Left’s stranglehold on the news media ultimately created a vacuum that has been filled by unlikely voices.

Podcasts and YouTube channels have become some of the best sources for political content that cuts against progressive orthodoxy.

Joe Rogan’s podcast has risen in popularity because of its longform format and potential for an in-depth conversation.

Rogan is centrist with certain views that skew strongly to the Left or Right depending on the issue, but lately he’s been particularly fed up with the Democrat Party.

He recently announced that he was moving to Texas in order to escape California’s congested streets, high taxes, burdensome regulations, and swelling homeless population.

Now Rogan is calling out the major flaw in Joe Biden’s campaign.

In a recent episode, Rogan brought up the issue of Biden’s clear mental decline and his craven strategy to hide out in a bunker until the election:

Biden sadly seems to be in rapid decline.

He was far more coherent and lucid only 18 months ago.

Today, he can barely get through a softball interview with fumbling his words, making an embarrassing gaffe, losing his train of thought, or apparently falling asleep.

For these reasons, prominent Democrats are urging him not to debate Donald Trump.

Biden isn’t even campaigning; he’s simply letting the Democrat establishment and the Democrat Media Complex do all the heavy lifting by attacking Trump endlessly every day.

It’s a sad state of affairs if a man flirting with senility can win the presidency while doing next to nothing.

That just goes to show how dangerous and corrupt the so-called mainstream media are.

That might make sense if Biden hadn’t been able to string sentences together for the last 30 years.

So if his problem is a stutter, that simply raises the question of why it chose to rear its ugly head now for the first time in decades.

People are starting to worry about Biden, and with good reason.