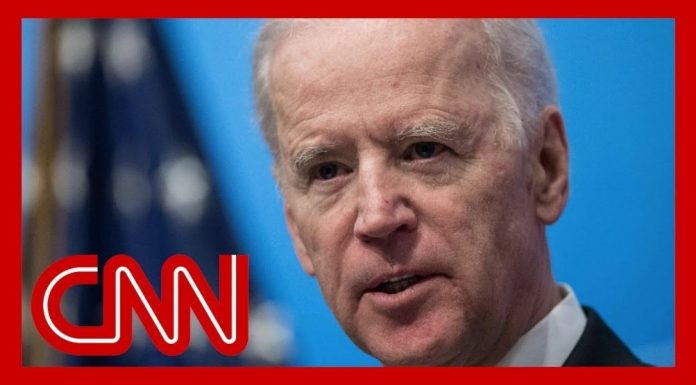 Joe Biden is out for revenge on everybody who didn’t support him.

One group that he is out to get more than anybody is devout Christians.

And Joe Biden’s way on Christianity just reached a fever pitch with an order that will shock you.

Christians breathed a sigh of relief for four years with President Donald Trump in office.

When the Left tried to attack their religious freedom, Trump’s Administration stood up, most notably for churches forced to close during coronavirus lockdowns.

But now that Biden is in office, the Left is working overtime to reverse all that religious liberty process.

Biden has appointed a plethora of anti-Christian officials in his Administration, and now he is passing them directives to push forward with their radical agenda.

This effort reached a fever pitch with Biden signing an executive order to establish the White House Gender Policy Council.

The ambiguous-sounding council was signed to promote abortion and gender ideology throughout all government agencies.

Pro-abortion groups like the NARAL immediately celebrated Biden’s executive order, stating that the act is a step toward ensuring that so-called “reproductive freedom” (aka abortion) “is a reality for everybody.”

In practice, this council will ensure government agencies promote abortion and the LGBT agenda.

According to the pro-family Center for Family and Human Rights (CFAM), it will mandate government agencies to ensure that anybody they partner with follows these far-left views.

A particularly troubling way this order is likely to be implemented is through the US Agency for International Development (USAID), which distributes foreign aid.

CFAM writes, “Because reproductive health and LGBT components are included in the overarching policies that guide gender analysis, USAID staff can create mandates on the subject of abortion, contraception, and LGBT issues for any organization wishing to partner with USAID. Without conscience protection faith-based organizations may find it difficult to qualify for grants.”

So essentially, USAID could decide not to administer aid to a nation that outlaws abortion, or prohibits gay marriage, along with refusing to work with contractors that don’t hold those views.

Considering those appointed to this White House Gender Policy Council, that is a real fear.

One of the council’s co-chairwomen is Jennifer Klein, a longtime advisor to Hillary Clinton, and a board member of the International Center for Research on Women (ICRW), who are leading a campaign to establish a “feminist foreign policy” at the White House.

This council should trouble any Christian, and considering its international reach, it is likely to effect not just those in America, but those around the world as well.