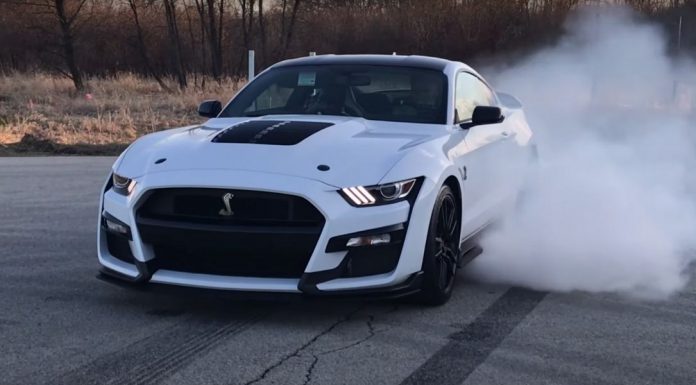 The radical Left wants to snuff out anything that’s good about the country.

They may have just knocked out their biggest victims yet.

And Joe Biden’s green gang may have killed these iconic American cars for good.

Muscle car fans didn’t need one more reason to be depressed in 2022, but they’re getting it anyway.

Joe Biden and the Democrats have been killing one aspect of muscle car culture after the next.

And now American muscle car production has stalled for the most un-American reason possible.

Both Ford and General Motors are halting work at the Michigan plants that make the Mustang and Camaro.

Their reason is the most worn out pandemic-era excuse — supply chain issues.

Ford is idling the Flat Rock assembly plant manufacturing Mustangs — including the most powerful Ford ever, the Mustang Shelby GT500.

Meanwhile, GM is suspending production at the plant where workers put together the Camaro as well as CT4 and CT5 Cadillac sedans.

While GM isn’t bothering to explain exactly what put their plant out of commission, Ford said a semiconductor shortage is behind their shutdown.

We can guess the same problem is probably plaguing both auto makers.

Automotive sales are already down by 16% largely due to low inventory caused by a shortage of available chips over the course of the pandemic.

It’s a natural consequence of the hostile regulatory environment.

Over the past couple of decades most of the world’s computer chip production has been consolidated in Asia.

Production on the Mustang, Camaro, and Cadillacs is supposed to be up and running again within a week.

But this shutdown is a mere taste of what’s to come if China makes good on its threat to take over Taiwan which currently manufactures the majority of the world’s computer chips.

These days American cars may be built here, but manufacturers would be hard pressed to make much of anything entirely out of domestic parts.

No doubt, some of the cars stalled out in production are supposed to be on their way to anxious car enthusiasts eager to get their hands on some of the last American super cars as Joe Biden has basically made the combustion engine illegal with restrictions in place to phase it out in just over a decade.

Notably, his garage includes a 1967 Chevrolet Corvette with a V8 engine that packs a 350-horsepower punch.

The convertible was a wedding gift from his father, who, no doubt, rolled over in his grave when his son killed off the most powerful gasoline engines in America with a stroke of a pen.

Americans can only hope car manufacturing picks up in time for the companies to crank out as many iconic cars as possible before Greta and the Climate Police officially take over our lives.