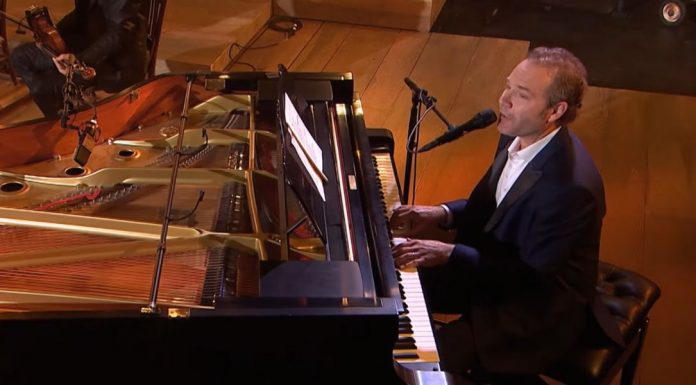 Big Tech censorship gets scarier as each day passes.

Musician John Ondrasik, who goes by the stage name Five For Fighting, shockingly had a music video pulled down.

The reason why was because it shined a light on Joe Biden’s botched withdrawal from Afghanistan.

I have just received notification that @YouTube has taken down the Blood on My Hands – White House Docu-Music video. pic.twitter.com/SIFy13ftE4

This is a preposterous form of censorship considering that all kinds of graphic content appears on YouTube.

And the graphic content is news footage, not gratuitous violence.

The establishment will do anything to protect Joe Biden, even attempt to paper over his failures.

“I hope YouTube reassesses their decision to take down my video shedding light on the massive humanitarian crisis in Afghanistan, and raising money for the private orgs keeping the promise to rescue American citizens and allies we abandoned to the Taliban…To not do so would validate those claiming YouTube had a political motive for this action.”

This is simply the latest escalation in the censorship war launched by Big Tech.

Anyone or anything that challenges that narrative runs the risk of getting silenced.

For example, Rumble has become a viable alternative to YouTube.

Ondrasik is determined not to let the corporate press and big tech downplay Biden’s Afghanistan blunder.

The withdrawal was handled in the most slapdash way possible, and there was no excuse because Donald Trump had laid the groundwork for a proper end to the war in Afghanistan.

Each time the Big Tech giants censor a high-profile individual, they chip off more of their credibility.

These platforms are not immune from becoming the next Myspace or Friendster.